The defending champion India will battle it out against Korea, Japan, Malaysia, Pakistan and the hosts Bangladesh in the single-pool tournament for top honours. 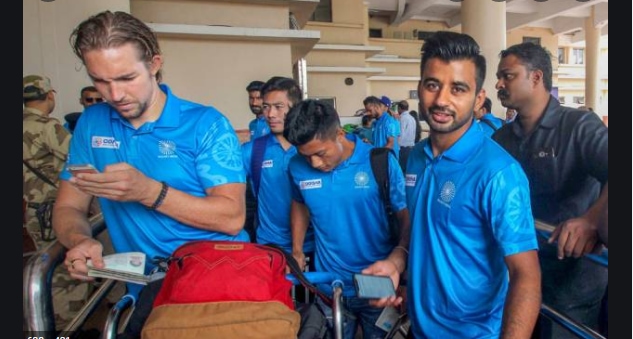 Bhubaneswar: Indian men’s hockey team on Friday left for Dhaka to compete in the Asian Champions Trophy, which will kick start from December 14.

The defending champion India will battle it out against Korea, Japan, Malaysia, Pakistan and the hosts Bangladesh in the single-pool tournament for top honours.

This will be India’s first tour after their historic performance at the Tokyo Olympics, where they ended a 41-year-long wait to stand on the podium.

India skipper Manpreet Singh, who had led the team to the historic bronze medal win at the Olympics, expressed the team’s excitement ahead of the tournament.

“This is our first outing after the Tokyo Olympics so naturally there is a lot of excitement among the players. We have had a good training camp in Bhubaneswar and I feel since the weather here is quite similar to that of Dhaka, we won’t take long to acclimatize.”

With only eight players from the Tokyo Olympics squad making the cut to the team for the continental event and the rest of the stalwarts including PR Sreejesh being rested for this tournament, Manpreet believed that this will be a great opportunity for youngsters to showcase their talent.

“With nearly ten players who were part of the Tokyo Olympic squad being rested, this is a fantastic opportunity for the players who had been waiting on the sidelines to get a chance to perform in a major international tournament. This will be a good platform for them to showcase their talent and temperament,” he said.

“It will be a good tournament not just in terms of competition but also to understand about other team’s capabilities. We assess the progress of other Asian countries ahead of the all-important Asian Games and Asia Cup next year.”

India will begin their campaign on December 14 when they take the field against Korea, followed by their match against the hosts Bangladesh on December 15.

In the previous edition held in Oman, India jointly lifted the title along with Pakistan after the final was called off due to incessant rains.