Pointing out further, he said that Baba Maharaj Singh was a great patriot who sacrificed his life for the sake of the freedom of the country. 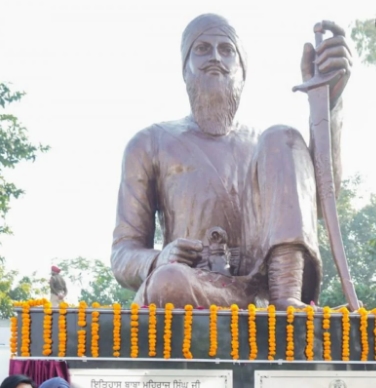 Speaking on the occasion, the Chief Minister said that Baba Maharaj Singh led an anti-British movement in Punjab after the first Anglo-Sikh war and exhorted the people to strive for unity and integrity of the nation and follow the path shown by the first Sikh martyr of the independence struggle.

Pointing out further, he said that Baba Maharaj Singh was a great patriot who sacrificed his life for the sake of the freedom of the country. He said attempts were made to portray the 1857 revolt as the beginning of the freedom movement of the country but the history proved fact that Baba Maharaj Singh had started the struggle for independence at the very time when he tried to free the last Sikh ruler Maharaja Dalip Singh from the clutches of the British.

But, the British got tip-off of the plans made by Baba Maharaj Singh in league with his comrades and sent him to Singapore and imprisoned him there, where he suffered innumerable hardships and was martyred on July 5, 1856, he added.

After paying obeisance at Gurdwara Damdama Sahib, Channi also honoured religious personalities with appreciation certificates for the work done by them during the COVID-19 pandemic.

On his way back to the helipad, the Chief Minister saw a group of villagers standing along the road. Signalling his cavalcade to stop for a while, he interacted with the residents to listen to their grievances and assured them of a quick resolution to their problems to their satisfaction.