Kun Lbokator is still actively performed as part of ritual offerings to local deities and in other festive events, along with elements such as dance, music and traditional medicine, it added. 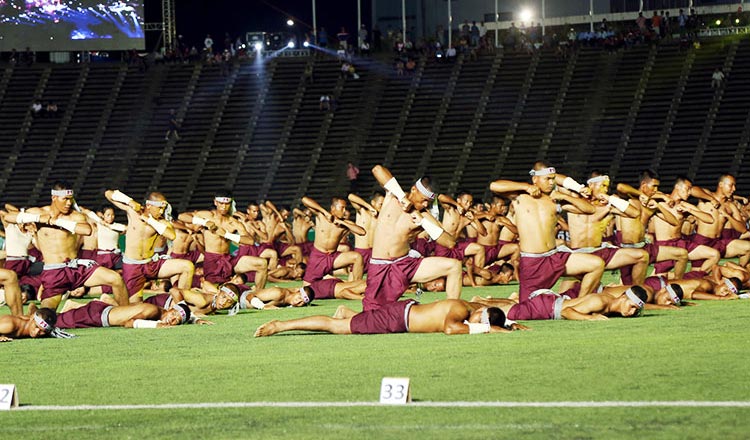 Phnom Penh:Kun Lbokator, Cambodia’s traditional martial art, has been inscribed on the UNESCO’s representative list of the intangible cultural heritage of humanity, said a press statement from Cambodia’s Ministry of Culture and Fine Arts.

The inscription was made on Tuesday during the 17th session of the Intergovernmental Committee for the Safeguarding of the Intangible Cultural Heritage in Rabat, Morocco, the statement said.

“This is a great success and a new source of pride for the nation, that was born of high commitment and strong efforts made by the government under the wise leadership of Cambodian Prime Minister Samdech Techo Hun Sen, who has always protected and promoted the value of national cultural heritage,” it said.

According to a news release posted on UNESCO’s website, Kun Lbokator was listed on the representative list of the Intangible Cultural Heritage of Humanity.

Kun Lbokator is a martial art dating back to the first century, aiming to develop the mental and physical strength and discipline of its practitioners through self-defense techniques and a philosophy of non-violence, the news release said.

The training of Kun Lbokator is not only about physical techniques and skills, but also about mental disciplines on how to respect nature and behave with decorum in society, it added.

“Masters, some of whom are believed to have healing and protective powers, lecture their apprentices about their roles and responsibilities in society so that, once they have mastered the necessary skills, they can protect vulnerable communities and the natural environment and stand up for justice and peace,” the news release said.

Kun Lbokator is still actively performed as part of ritual offerings to local deities and in other festive events, along with elements such as dance, music and traditional medicine, it added.

An embodiment of the country’s social, cultural and religious values, Kun Lbokator is widely practiced among Cambodians, regardless of their age, gender and educational background or status, the news release said.