The change of guard took place at an impressive ceremony held at Naval Dockyard here on Tuesday, a Naval release said here. 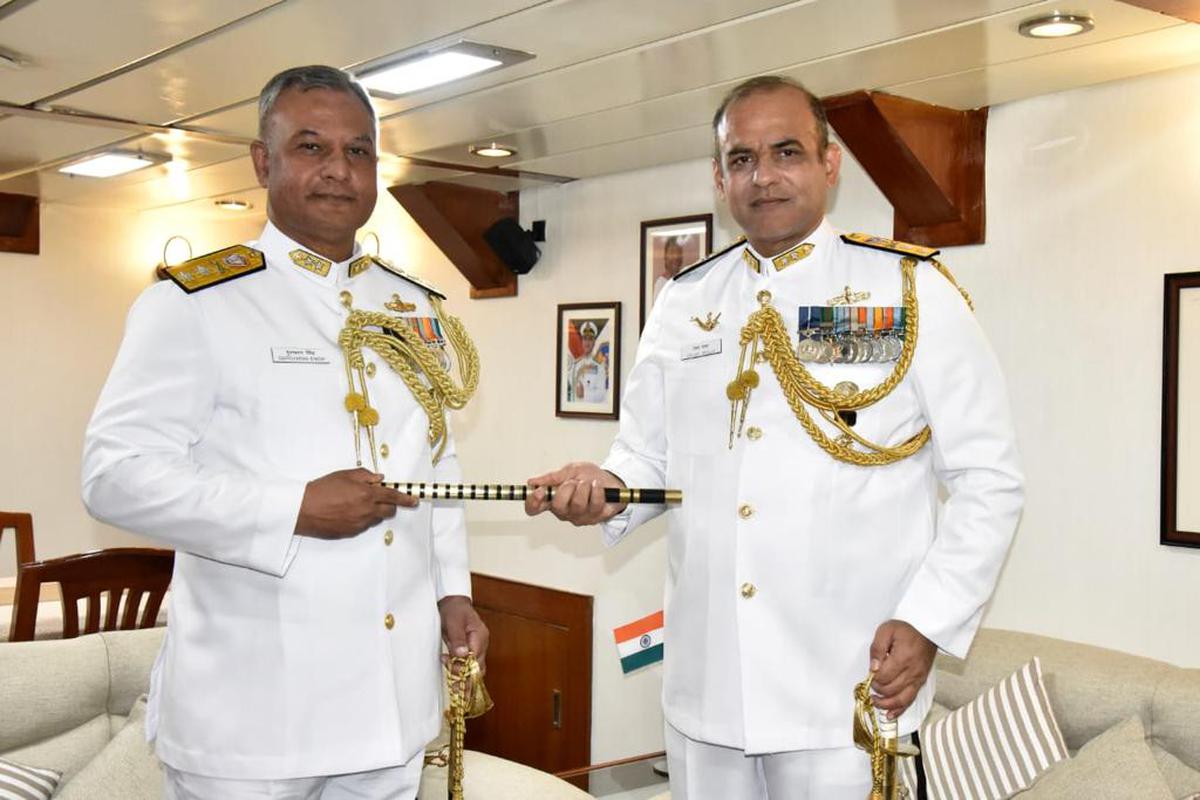 The change of guard took place at an impressive ceremony held at Naval Dockyard here on Tuesday, a Naval release said here.

Rear Admiral Gurcharan Singh was commissioned into the Indian Navy on 1 July 1990 and is a specialist in Gunnery and Missile Warfare.

During his illustrious career spanning 32 years, the Flag officer has tenanted specialist appointments onboard frontline warships Ranjit, Prahar and Brahmaputra.

He was the commissioning Executive Officer of the guided missile frigate INS Shivalik.

In Flag rank, he has tenanted the duties of Chief Staff Officer (Operations) of the Western Naval Command and of Assistant Chief of Personnel (Human Resource Development) at the Integrated Headquarters of the Ministry of Defence (Navy).

The Flag Officer is a recipient of the prestigious Admiral RD Katari Trophy for standing First in the Overall Order of Merit in his course, during ab-initio training.

He is also a recipient of the Nao Sena Medal for devotion to duty.

Over the past 11 months, the Eastern Fleet, under the command of Rear Adm Sanjay Bhalla, has maintained a very high readiness and operational tempo, and participated in a host of multilateral and bilateral exercises.

Under his command, Eastern Fleet ships have undertaken operational deployments spanning from San Diego, USA to Australia and the South China Sea.

During this period, the Eastern Fleet also played a pivotal role in the conduct of the President’s Fleet Review at Visakhapatnam, which saw the participation of 64 ships and submarines, and 56 aircraft.