Alves will be 39 when football's showpiece tournament begins next November, but Cafu says that age should be no impediment. 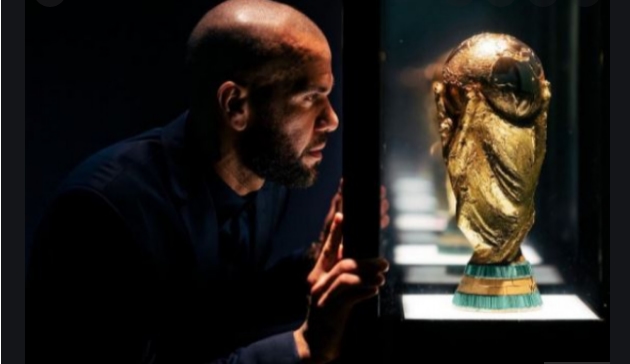 Rio De Janeiro: Brazilian football great Cafu believes compatriot Dani Alves is mounting an irresistible case to be included in the country’s squad for the 2022 FIFA World Cup in Qatar following his return to Barcelona.

Alves will be 39 when football’s showpiece tournament begins next November, but Cafu says that age should be no impediment.

“It’s incredible to see that Daniel Alves still has the energy to burn and is motivated,” Cafu said in an interview with Brazilian news service UOL published on Thursday.

Alves has been capped 119 times since his international debut in 2006. He represented Brazil at the 2010 and 2014 World Cups but missed the 2018 tournament in Russia because of a knee injury.

The right-back, who spent eight trophy-laden seasons at Barcelona before his 2016 move to Juventus, signed an eight-month contract with the Catalan club in November at the behest of the new manager and former teammate Xavi Hernandez.

“The most important thing is that he knows what he wants and he has gone to Barcelona, which is not just any other club,” said Cafu, who was captain of the Brazil team that won the 2002 World Cup in Japan and South Korea.

“That really gives him the opportunity to go to the World Cup next year … mainly because it breaks this whole paradigm that a 38-year-old player cannot play for a great club. I also played until I was 38 at Milan. So, for him, it is fantastic, sensational.”

Cafu also lavished praise on the current Brazil side, which he rates among the favourites to lift the World Cup trophy at Lusail stadium next December.

Tite’s men currently lead the South American qualifying zone standings and are among 13 teams to have already secured a place in the tournament.

“We have evolved year after year. We qualified well in advance for both the 2018 and 2022 World Cups, which previously hadn’t happened for a long time. Tite has them playing great football and they are aware of what needs to be done at the World Cup. The aim will be to reach the final,” the former right-back added.