Sindhu got the opening round bye and will have to get better of current Asian Champion Wang Zhi Yi of China and An Se Young if she has to reach the semifinals. 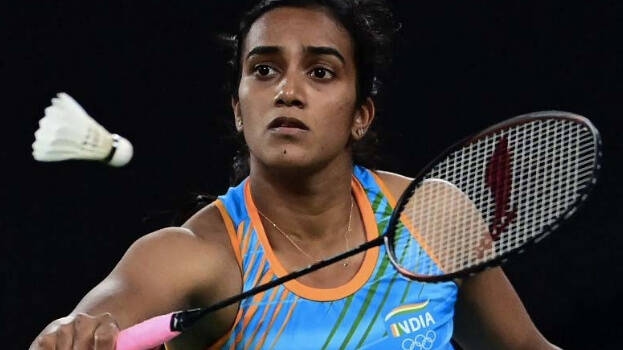 Kuala Lumpur: Former world champion P V Sindhu has to face An Se-Young of Korea in the quarterfinal, and men’s singles players — Lakshya Sen, Kidambi Srikanth, and H S Parnnoy are placed in the same half as the draw for the BWF World Championships 2022 announced here on Wednesday.

The tournament is scheduled to take place from August 21 to 28 in Tokyo. The mega event is being held in Japan for the first time.

Sindhu got the opening round bye and will have to get better of current Asian Champion Wang Zhi Yi of China and An Se Young if she has to reach the semifinals.

The two-time Olympic medallist has never won against the Korean in their five meetings.

Saina Nehwal is in the bottom quarter of the draw and will kick-start her campaign against Cheung Ngan Yi of Hong Kong. Should she win the opening round, will be facing former world champion Nozomi Okuhara of Japan in the second round.

Last editions medallists Srikanth and Sen and HS Prannoy, who has been in a red-hot form, are all placed in the same lot which means only one of them will enter the semifinal.

On the way to the semifinals, Srikanth (2021 silver medallist) will have to overcome Malaysia’s Lee Zii Jia while HS Prannoy to take on former champion Konto Momota of Japan in the second round.

Sen, 2021 bronze medallist, will face HK Vittinghus of Denmark in the first round.

Top seed Viktor Axelsen of Denmark is drawn to face Liew Daren of Malaysia in the opener. He has won the last five encounters against the Malaysian, the most recent being at the 2021 Thailand Open.

The Dane will be looking to make amends for his first-round exit at the previous edition, where he fell in the first round to Singapore’s Loh Kean Yew, who went on to clinch the title.

Men’s doubles pair of Satwiksairaj Rankireddy and Chirag Shetty avoided the top Indonesian pairs Kevin Sukamuljo and Marcus Gideon (aka the Minions) and Mohammad Ahsan and Hendra Setiawan (aka the Daddies) but have to overcome the reigning world champions Takaru Hoki and Yugo Kobayashi to make their way to semifinals.

In the women’s doubles, the Commonwealth Games bronze medallist pair of Gayatri Gopichand and Treesa Jolly will begin their campaign against Low Yeen Yuan and Valeree Siow of Malaysia.

The Indian duo has to cross paths with the reigning CWG champions Pearly Tan and Thinaah Muralitharan of Malaysia in the second round.

The field in Tokyo will be tight will all five reigning champions – Loh Kean Yew (Singapore), Yamaguchi Akane in women’s singles, men’s doubles pair of Hoki Takuro and Kobayashi Yugo, women’s doubles pairing of Chen Qing Chen and Jia Yi Fan as well as mixed doubles duo of Dechapol Puavaranukroh and Sapsiree Taerattanachai, all back to defend their respective titles.

Sindhu, the 2019 world champion, will look to bounce back after a rare miss in 2021. She has five world championships medals (one gold, two silver, and two bronze) to her credit. The men’s duo of Satwik and Chirag will be fighting to win their maiden medal in the world.