He lost to compatriot Kidambi Srikanth in the semifinal and settled for bronze. 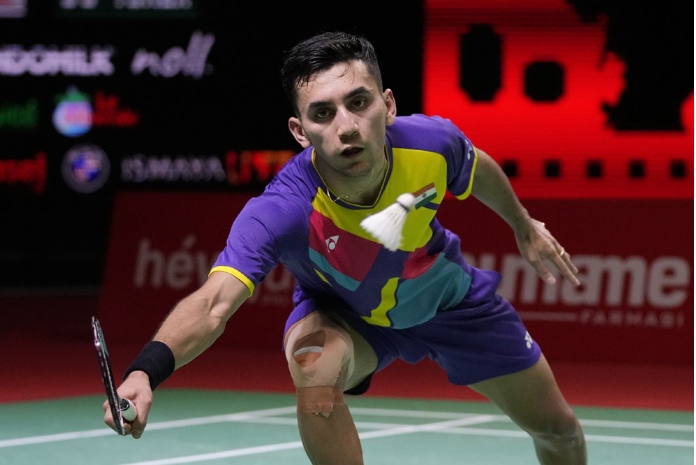 Tokyo: India’s young badminton sensation Lakshya Sen had a winning start at the BWF World Championships after beating Denmark’s HK Vittinghus in the opening round here on Monday.

The 20-year-old India clinched a bronze medal in the 2021 edition of the tournament in Huelva, Spain. Last time, he had entered the championship unseeded but went on to cause major upsets, including the victory over Tokyo Olympics semifinalist Kevin Cordon.

He lost to compatriot Kidambi Srikanth in the semifinal and settled for bronze.

In another match, Malvika Bansod too suffered an early exit as she fell 21-14, 21-12 to Denmark’s Line Christophersen in the women’s singles round-of -64.

Women doubles pair of Ashwini Ponappa and N Sikki Reddy too had a flying start as the duo eased past Madivians Aminath Nabeeha and Fathimath Nabaaha 21-7, 21-9 in the preliminary round.

Mixed pair Ishan Bhatnagar and Tanisha Crasto cruised to the second round after beating Patrick Scheiel and Franziska Volkmann of Denmark 21-12, 21-13.

In the men’s doubles, Manu Attri and B Sumeeth Reddy lost 11-21, 21-19, 15-21 against the Japanese pair of Hiroka Okamura and Masayuki Onodera.
India, with 26 players, is third in terms of player representation at the world meet behind Japan (32) and Malaysia (27).