He said the most important pressing issue is the agricultural subsidies. 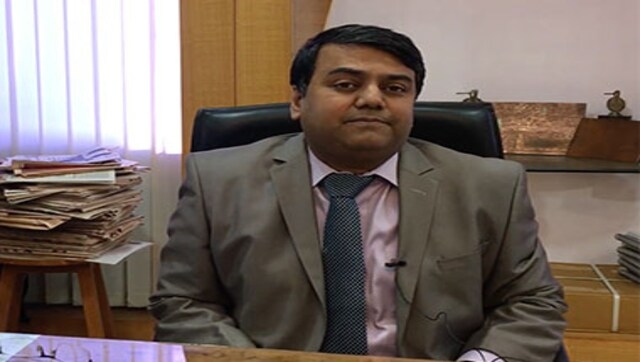 Kolkata: India is going to hold the G20 Presidency from December 1, 2022, to November 30, 2023, G20 economies currently account for 85% of global GDP, 75% of international trade, and two-thirds of the world population, making it the premier forum for international economic cooperation.

India’s Presidency is a golden chance for India to correct the long-standing anomalies that are heavily loaded against the developing countries in the domain of agriculture and food subsidies, according to Dr. Soumya Kanti Ghosh, Group Chief Economic Adviser, State Bank of India.

He said the most important pressing issue is the agricultural subsidies.

Firstly, for developed countries, the domestic support per farmer in the US in 2016 was as much as $60,586, while in the UK it is $6762. These figures must have jumped following the pandemic. For India, even if we consider the post-pandemic numbers, it is hardly $600. Thus, it is perhaps the other way around in terms of agricultural subsidies if we engage in a debate between developed and developing countries.

Secondly, under the WTO dispensation, agricultural subsidies creating trade distortions are not allowed. These subsidies are marked within the amber box. Within the amber box, WTO further specifies de minimis as the minimal amount of subsidy that is permitted at 1986-88 prices. The de minimis figures for developed and developing countries are at 5% and 10% of their agricultural production respectively.

Subsequently, discounting the agri-output numbers at 1987 prices, using the GDP deflator show that India will need to cut its subsidy by as much as 92% from current levels if it were to bring subsidy to 10% of Agri output / WTO-mandated targeted subsidy! This is thus a theatrical absurdity as it will require India to eliminate all support to the vulnerable segment of the rural economy.

Thirdly, we thus believe that the reference year of WTO is significantly outdated and we should go by the G-33 proposal that proposes to use the discount factor as a trimmed 3-year rolling average for every year, based on the preceding five-year period excluding the highest and lowest price.

Using such a discount factor, so arrived at, we find that India will need to cut its subsidy by 31% from current levels if it were to follow the proposed WTO-mandated targeted subsidy! Interestingly, India has done remarkably well before COVID as its subsidy was even lower than the WTO-mandated agricultural subsidy during FY18-20. The Covid significantly disrupted India’s quest as the free food grain support for 80 crores vulnerable population was a policy decision that saved the economy from many bruises during a pandemic.

Fourthly, India’s key procurement programs are protected from penal provisions under the peace clause secured at the WTO’s Bali ministerial in 2013. However, as part of the permanent solution, the developing countries are seeking protection against disputes on any food procurement or other support programs that have been launched even after 2013.

Additionally, at the recently concluded 12th WTO Ministerial Conference there was no agreement on government-to-government (G-to-G) arrangements for the export of foodstuffs from public stock holding stocks to respond to a food security crisis. Hopefully, we must find a solution to the procurement of food grains soon for countries like India that have a robust procurement policy.