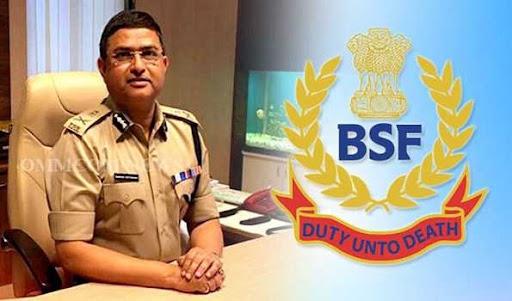 Dawki border is one of the most important border outposts in the Meghalaya sector on the Indo-Bangladesh border.

During his visit, the BSF Chief interacted with troops and the commanders deployed at the borders. He complimented them for their services at the borders round the clock.

activities such as smuggling of cattle, narcotics and human trafficking.

While being alert at the border, the BSF Chief said that the troops should also take care of their buddies to reduce the suicide rate in the force.

Stating that there is counseling for those unhappy for various reasons, Astahan reminded the troops of the grievances redressal system in the BSF.

Asthana urged the jawans to use the social media platforms in the right perception. He appreciated discipline and training of the BSF which ensured the security of the International Border.

The BSF DG was accompanied by the Inspector General of Frontier Meghalaya, Hardeep Singh and other senior officials.

During the interaction of DG BSF with the officers he apprised him about the security situation in Meghalaya along the International Border and in the hinterland.