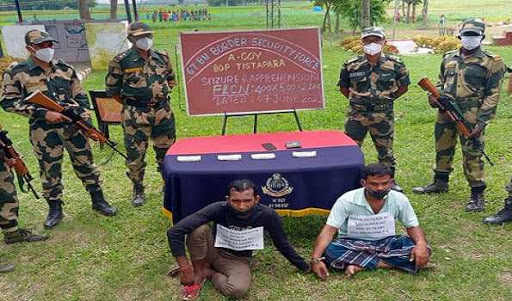 According to the officials in the Force headquarter here, the 67 Battalion’s troopers of BoP Tistapara, acting on tip off on June 7, carried out a special operation in the general area of village Baladova close to Indo-Bangladesh border under Dhubri district wherein the search party nabbed two Indian FICN racketeers along with Fake Indian Currency Notes (FICN) having face value of Rs 2,00,000 while the consignment was smuggled from Bangladesh to India.

Keeping in view of the vulnerability of border, heightened activities of the smugglers and anti-national elements on the border, BSF troops are always alert towards the issues of trans-border crimes and illegal infiltration and are making all out efforts to prevent commission of such crimes, the BSF officials said here on Tuesday.