The six villages have no proper healthcare centre and the nearest Public Health Centre at Umkiang village on National Highway 6 is far away. 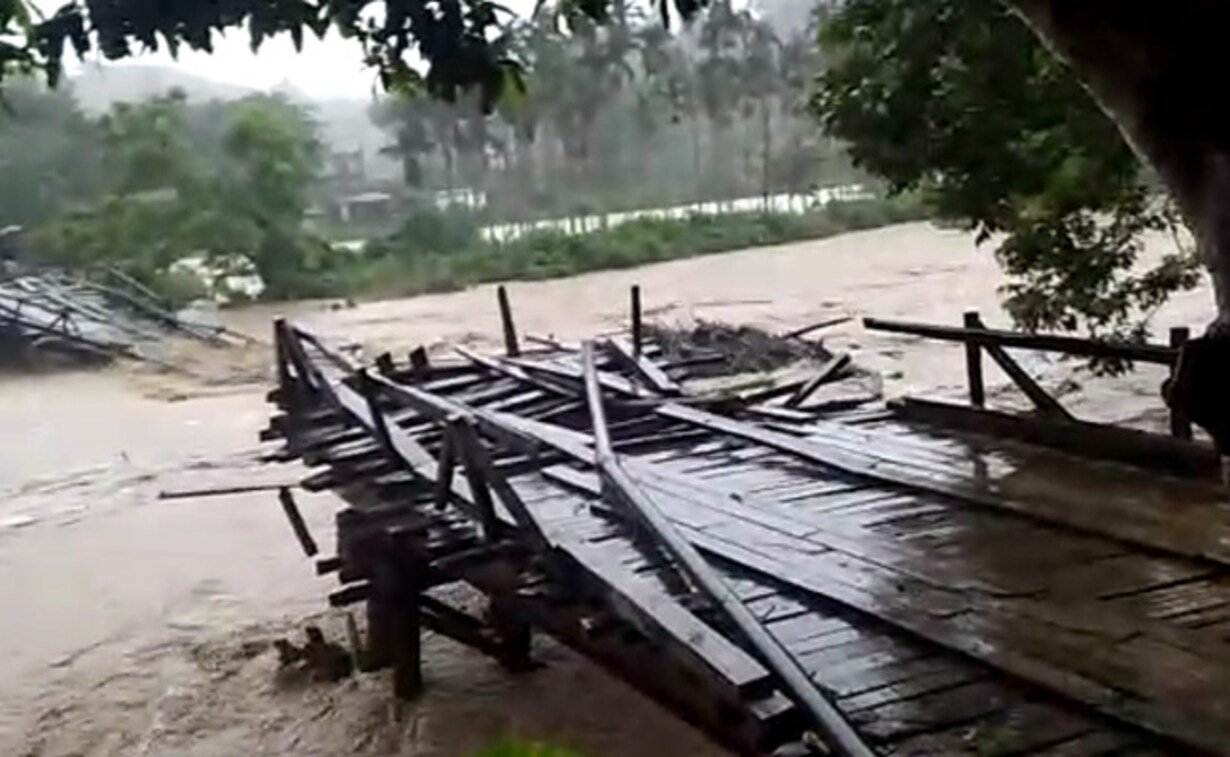 Shillong: A major bridge connecting six villages on the edge of the India-Bangladesh border was washed away, while a road link connecting Mizoram, Tripura, Barak Valley of Assam and parts of Manipur remained closed after fresh landslides due to heavy rains in Meghalaya’s East Jaintia Hills district, an official said on Tuesday.

No report of any loss of life or injury. The washing away of the bridge along the Sonapur-Borghat road near Shymplong has affected more than 8000 villagers residing in the six remote villages – Shymplong, Lejri, Huroi, Hingaria, Lahalein and Borsara in the extreme corner of East Jaintia Hills district.

“All the six villages are now totally cut-off with Meghalaya and the rest of the country after the RCC bridge (reinforced cement concrete), at Shymplong, which is the main lifeline has been washed away on Tuesday morning,” Kynjaimon Amse, the assistant headman of Umkiang village told UNI over phone.

The six villages have no proper healthcare centre and the nearest Public Health Centre at Umkiang village on National Highway 6 is far away.

District Magistrate of East Jaintia Hills, Abhilash Baranwal has imposed Section 144 Cr.P.C prohibiting any type of vehicular movement in the vicinity of the aforementioned bridge and attempts to cross the stream on foot and boats.

“We are working with the PWD engineers to find a way out to restore connectivity with the villages. We are trying to get in touch with the, (villagers). We are trying to ensure that adequate food and medical supplies would be made available to the affected villages,” Baranwal told UNI over phone.

Meanwhile, traffic movement along the Sonapur-Ratacherra stretch on the NH-6 in Meghalaya, which was partially restored on Monday, was closed again due to fresh landslides triggered by heavy rains at various points of the highway in East Jaintia Hills district.

Hundreds of commuters and trucks laden with essential services and supplies to Mizoram, Tripura, Barak Valley of Assam and parts of Manipur have remained stranded since Monday, even as commuters are facing hardship as there is no sufficient food and no water available in the area.

The NHAI and State PWD personnel are on a war footing to clear the mudslides and boulder in many places in their bid to restore the road connectivity at the earliest.