Sri Lanka down to last day of petrol, says PM

The prime minister also announced that they have decided to privatise state-owned Sri Lankan Airlines. 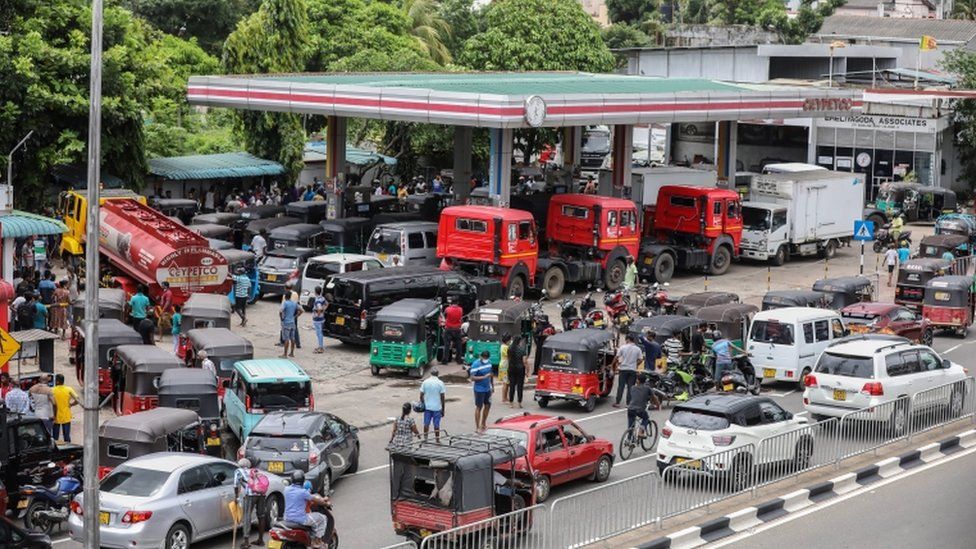 Colombo: Sri Lankan Prime Minister Ranil Wickremesinghe said on Monday that his country is down to its last day of petrol as it faces its worst economic crisis in more than 70 years, BBC reported.

Prime Minister Ranil Wickremesinghe in a televised address said that the nation urgently needs $75m of foreign currency in the next few days so that it can pay for essential imports, adding that the country’s central bank will soon have to print money just so that the government can pay wages to its employees, creating a situation where the country’s money was getting devalued.

“At the moment, we only have petrol stocks for a single day. The next couple of months will be the most difficult ones of our lives,” said PM Wickremesinghe in Monday’s address, adding that the shipments of petrol and diesel using a credit line with India could provide fuel supplies in the next few days, he added.

The prime minister also announced that they have decided to privatise state-owned Sri Lankan Airlines.

People said that they have been searching for fuel before daybreak since Monday morning, as most of the fuel stations were closed.  The situation outside the capital was even worse as people had to wait longer in ques to get fuel.

There were long ques of auto rickshaws, which is the most popular means of transport in Colombo, and other vehicles were seen outside petrol stations around the capital.