Vijayvargiya in a tweet said, "She (Banerjee) is blaming them (Nandigram people) for the attack, which as several eye witness accounts suggest was at best an accident." 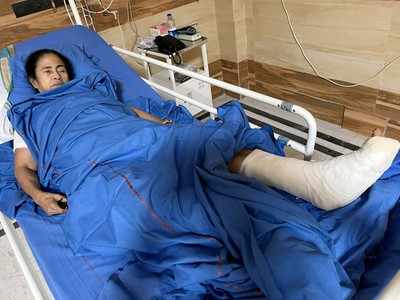 Kolkata: BJP leadership has slammed chief minister Mamata Banerjee for blaming the people of Nandigram for her injuries, which it said was at best an accident according to eyewitness accounts, and demanded a high level probe by the election commission.

Both the ruling Trinamool Congress and BJP leadership are expected to call on the state chief electoral officer on the issue later today.

Vijayvargiya in a tweet said, “She (Banerjee) is blaming them (Nandigram people) for the attack, which as several eye witness accounts suggest was at best an accident.”

“It seems her driver moved the car while she had her leg out of the door… Can Nandigram ever trust her to be fair to them?” he asked.

“It can happen that she met with an accident but to claim that she was deliberately pushed is not acceptable. She has a lot of security personnel guarding her round the clock,” Vijayvargiya said.

The BJP leader on Wednesday said before any political overtone is given to the issue, the Election Commission of India should order a high level probe into the incident.

He also prayed for speedy recovery of the TMC leader.

BJP state president Dilip Ghosh said the chief minister’s security cover should be of the highest standard and demanded a CBI probe into the incident to know the truth.

He also asked what the security personnel were doing when she got wounded there.

BJP leader Rajib Banejree said the TMC leader believed that her defeat was imminent and was creating all sorts of scenes to gain sympathy.

The former TMC minister, who turned a critic of the government after joining the BJP, said Ms Banerjee has come to know that the soil of Nandigram was not fertile for her after visiting her new

“Such tactics to gain sympathy are unacceptable. I think the matter should be handed over to the CBI for an investigation,” Chowdhury said.

“Mamata Banerjee is the police minister of the state and if she is not safe then she should immediately resign from the post,” he said.

CPI(M) candidate from Nandigram Minakshi Mukherjee wished her a speedy recovery but asserted that “people would not be fooled this time”.