BJP protests inside & outside assembly over Rabita Murder Case

He said that law and order situation has collapsed but the state government is not worried over the same. 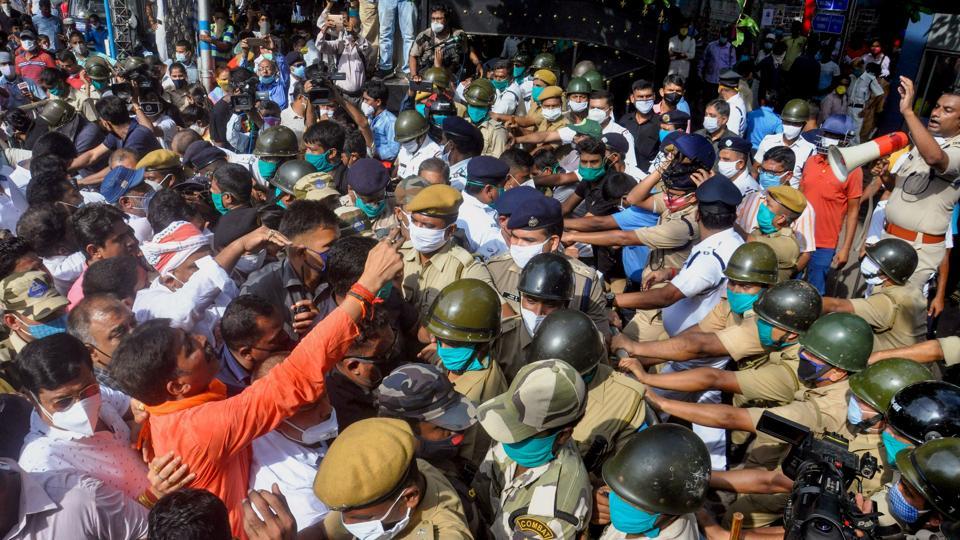 Ranchi: On the inaugural day of the Winter Session of Jharkhand Assembly, MLAs of the BJP protested inside and outside the assembly over Rabita Murder Case and demanded for death punishment for the killers.

Before the proceedings of the house commenced MLAs of the BJP outside the assembly indulged in slogan shouting and demanded for death punishment for killer of Rubita, Dildar Ansari. Carrying placards they also accused the state government for doing politics of appeasement.

Chandankiyari MLA Amar Kumar Bauri said that the state government is not able to rise above the politics of appeasement.

He said that law and order situation has collapsed but the state government is not worried over the same.

Bauri said that earlier also a daughter of Santhal Pargana was burnt to death and it was really unfortunate that no response comes from the government over such acts despite Chief Minister himself coming from Santhal Pargana.

He said that in Santhal Pargana while on one hand daughters are set on fire on the other hand they are cut into pieces.

He even accused the government of stopping action against people involved in illegal cattle trade.

Inside the house as soon as the Speaker assumed the chair the MLAs of the BJP started slogan shouting and came into the well of the house carrying placards demanding death for Dildar Ansari who was the husband of Rabita.

Despite the Speaker making repeated attempts to the MLAs to return back to their seats the MLAs remained in the well of the house.

Amid the slogan shouting the Speaker made his opening remarks asking the MLAs to make the most use of the session as almost three years of the present house is over.

The MLAs only went back to the house when the Speaker started reading the condolence motion.