Terror incidents came down up to 168 pc in Jammu and Kashmir since 2014: Anurag Thakur

The Minister said, to combat terrorist activities, the government has come up with several decisive policies including Unlawful Activities (Prevention) Act, UAPA. 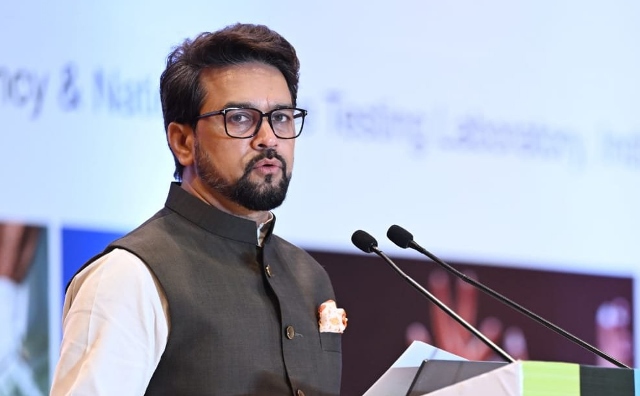 New Delhi: Union Minister Anurag Singh Thakur on Monday said, the terrorist incidents in Jammu and Kashmir have reduced by 168 per cent due to “zero tolerance” approach adopted by the Modi government against terrorism since 2014.

“India follows zero tolerance policy against the terrorism and the government has left no stone unturned to formulate decisive policies to break the nexus of terrorism in the country” Thakur said, while holding press conference here on Government’s steps taken to counter terrorism.

The Minister said, to combat terrorist activities, the government has come up with several decisive policies including Unlawful Activities (Prevention) Act, UAPA.

He added that, Indian armed forces are delicately working to eliminate terrorism after 2014 and both our military action in Balakot in 2019 and the surgical strikes in 2016 is clear examples of this.

The Minister said the government led by Prime Minister Narendra Modi has made strict laws to counter terrorism and bringing the international community together against terrorism, adding that making strenuous efforts towards the aim of no money for terror”

“During the 90th Interpol General Assembly held in India, more than 2000 diplomats participated and the Global Action Against Act of Terrorism was announced” he said.

Stating that the era of peace has drawn in the North east after 2014, Thakur said there has been 80 per cent reduction in insurgency violence.

He added that “89 per cent reduction in civilian deaths and 600 militants surrendered since 2014 and there has been a 265 reduction in left-wing extremism.”

“We have withdrawn AFSPA (Armed Forces Special Powers Act) from the majority of the North East, he said.

Slamming the Pakistan foreign Minister’s Bilawal Bhutto’s about his objectional remarks against PM Modi at UNSC, Thakur said, it is unfortunate and also reflects that how Pakistan is under pressure on dealing with terrorists at its soil.

“Pakistan must stop backing terrorism and terror funding or else they themselves will face the heat of it” he said.