Insurgency, inequality, and instability were at its peak during the term of the previous government but now we are seeing only integration, infrastructure, innovation, he added. 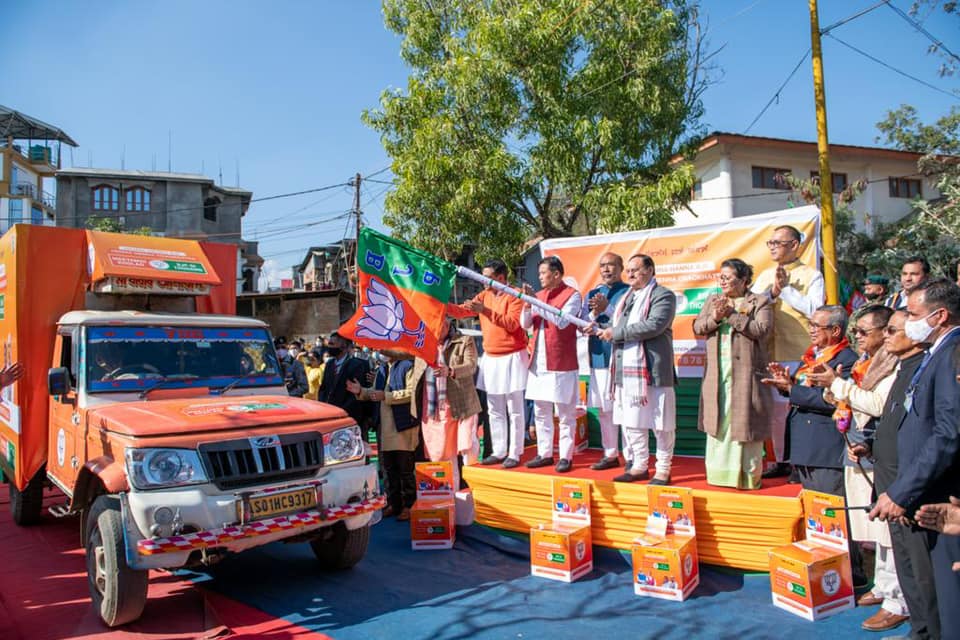 He said women have benefitted by schemes like Pradhan Mantri Surakshit Matritva Abhiyan and Ujjwala Yojana .

There are 12 women central ministers and women have been allowed to work as fighter pilots. In CRPF, CISF, 33 percent reservation has been provided, he said.

Nadda said about 330 works were approved for Manipur also.

Insurgency, inequality, and instability were at its peak during the term of the previous government but now we are seeing only integration, infrastructure, innovation, he added.

During the peak of Covid pandemic women were provided Rs 500, he said.  The women’s market in Manipur shows that women were getting equal opportunity and the event held today which was attended by large numbers of women showed the happiness index of a society. When women attend such functions in such large numbers, it shows the development of a society, he added.

Chief Minister N Biren introduced various schemes like Go to Hills, Go to village to help people, he said. The PM also visited the north east 50 times during the last seven years, he said. Nadda also highlighted schemes taken up by the government.

He paid tribute to Rani Gaidinliu and other women achievers of the state.

He said he discussed the issue last midnight with JP Nadda.

Biren alleged that earlier people were divided on the basis of religion, caste, creed but now we have a Prime Minister who met the Pope during his visit to the Vatican.

The chief minister said he got instructions from the PMO to put up photographs of the meeting of the PM and the Pope everywhere as Christmas is celebrated in the state.

Biren said the law and order situation has improved and appealed to people to give absolute majority to the party.

He highlighted the welfare initiatives and developmental works taken up by the BJP led-Govt which have ensured affordable healthcare, peace and security in the state and provided various platforms in every sector which includes empowering and uplifting women in all spheres of life.

in the next Assembly elections.