Bangladesh intruder nabbed, others fled into forest in Meghalaya

The driver who was identified as one Warif Uddin Laskar from Sarapur, Gumrah, Assam, could not provide a satisfactory reply and the passenger of the vehicle seemed lost and spoke only in Bengali 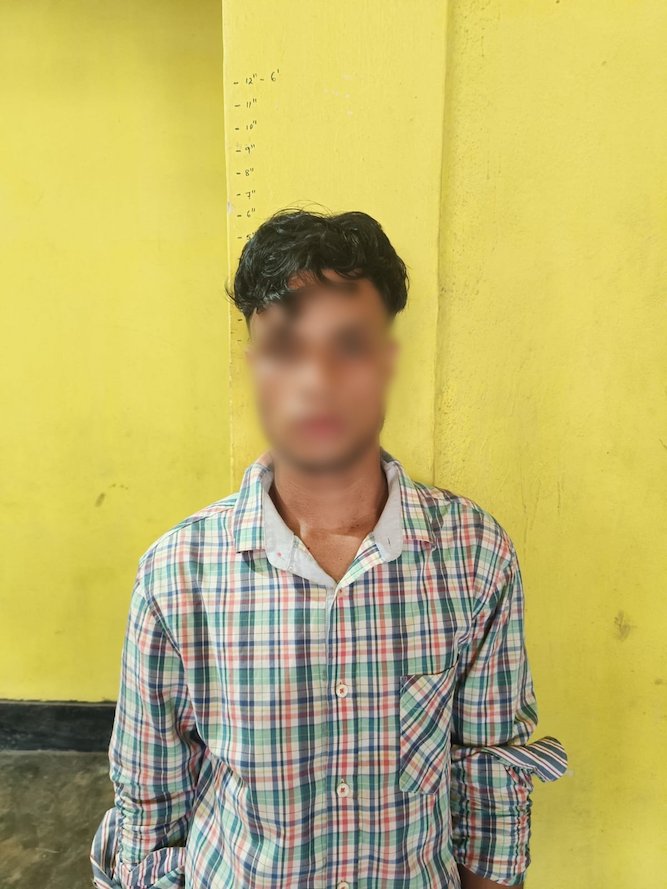 Shillong: A Bangladeshi national was arrested and a manhunt is on to nab others,  who fled into a jungle in Meghalaya’s East Jaintia Hills district on Friday, police said.

Acting on a tip-off about possible attempt by some Bangladeshi nationals to sneak into Indian territory through the jungle and the unfenced stretch of the India-Bangladesh border, the Meghalaya police assisted by troopers of Border Security Force (BSF) launched joint operation to nab the intruders.

“While the police team were on the lookout to nab the intruders, they spotted one person who came from the jungle area near the village of Pyrtakuna and got inside one grey coloured Alto vehicle bearing registration number AS-11-CC-4582, which on seeing the police team and BSF party tried to speed away,” Jagpal Singh Dhanoa, the district police chief of East Jaintia Hills, said.

He said the team managed to intercept the vehicle at Kuliang village after a hot chase and apprehended the driver and the passenger.

On questioning, the driver who was identified as one Warif Uddin Laskar from Sarapur, Gumrah, Assam, could not provide a satisfactory reply and the passenger of the vehicle seemed lost and spoke only in Bengali, the police official said.

“With the help of some locals who understood and spoke Bengali, the passenger disclosed his identity as one Masum Uddin from Bangladesh and he further revealed that there were some more Bangladeshi nationals who entered Indian Territory Illegally, but fled to the jungle on seeing the BSF party,” Dhanoa said.

The BSF party has been alerted and a combing operation is on to nab the other intruders. The police have booked the driver and the passenger under the Foreigners Act.