The state government will set up Bamboo Natural Park in the village in an attempt to conserve, protect and promote Bamboo plantation in the state . 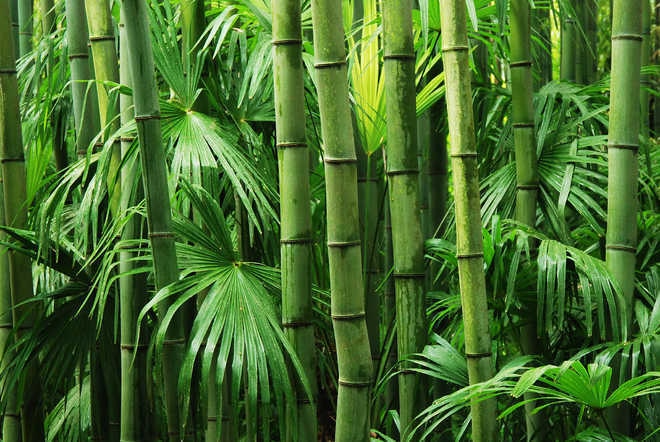 Shimla: A career in bamboo craft would help several artisans realise their dreams in the hill state after the state government decided to set up the first bamboo village in Una District aiming to improve the living conditions of these craftsmen living in remote areas by making use of the natural resources .

The bamboo village will come up in village Boul in Una District under National Bamboo Mission with the initial cost of Rs 1.17 crore in 24 Kanal land with technical assistance from Pune based ” Bamboo India “which would transform bamboo reeds into a variety of products by promoting eco-friendly industry taking root in the hill state.

The state government will organise free training camps in bamboo-based handicrafts for around 500 villagers youths to enable the local artisans to adapt their creativity as per the demands of the market and get better rates for their products.

The state govt will set up a unit for manufacturing strong, affordable and fancy golden coloured bamboo artefacts/furniture in collaboration with some agencies with a total cost of around 22 lakhs to generate employment and boost the rural economy, said Virender Kanwar.

The government has shortlisted a hybrid species of oxygen releasing Bamboo trees named “ Beema Bamboo” to be planted in a scientific method to get the maximum benefit of oxygen.
An ‘Oxygen park’ with beema bamboo will be established with the estimated cost of around 40 lakhs at village Boul in which 600 beema bamboo seedlings will be planted .

The government has approached Pune based company for technical assistance which has rich experience and is already engaged in setting up Oxygen Parks in many parts of India, said the Agriculture Minister.
The state government has planned a massive bamboo plantation to get raw material around the year. Local farmers will be given bamboo seeds for free, while bamboo will be planted on open and barren lands under the National Bamboo Mission .

The state government will set up Bamboo Natural Park in the village in an attempt to conserve, protect and promote Bamboo plantation in the state .

Bamboo Natural Park would showcase the usual and exotic species of Bamboo that are still present in different parts of the state. The bamboo park would aim to educate people about the usage of bamboo and would impart knowledge about the variety of Bamboo present in hilly regions .

The bamboo village will act as an institution by introducing the latest technologies in bamboo processing, skill-building, employment generation and changing the economic and industrial scenario of the entire state.

Every fully grown bamboo tree generates over 300 kilograms of oxygen every year, and it is just sufficient for one person for a whole year. Further, it has the capacity to absorb 80 tonnes of carbon dioxide per acre every year.

One matured Beema Bamboo after four years absorbs more than 400 kilograms of carbon dioxide annually from the surrounding areas.
The special bamboo clone is developed by a conventional breeding method that does not involve genetically modified organisms (GMO).
Beema Bamboo is one of the fastest-growing plants on earth, which grows one and a half feet a day under tropical conditions and acts as the best carbon sink for CO2 emission said he.