Assam to hold class 10 and 12 board exams in August

The announcement of the government comes amid the students demanding the cancellation of the exams in view of the current COVID-19 pandemic situation. 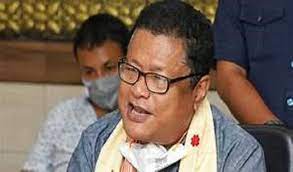 Guwahati: Assam government today said that it will be holding the Class 10 (HSLC) and 12 (HSSLC) board exams between August 1 and August 15.

Assam education minister Ranoj Pegu announced the decision after the state education ministry held a crucial meeting with all stakeholders including AASU and ABSU to take a call on the issue.

The announcement of the government comes amid the students demanding the cancellation of the exams in view of the current COVID-19 pandemic situation.

The students on Sunday started an online campaign on Twitter with over 1 million tweets seeking the cancellation of Class 10 and Class 12 board exams.

Education Minister Pegu said a standard operating procedure (SOP) on holding the exams will be announced after a meeting with all the stakeholders.

“The government will soon come up with an SOP in this regard after a final call by the health  department. The examination centres are required to strictly adhere to the Covid-19 protocols.

The final decision in this regard will be taken in the next 7 to 10 days,” said the education minister.

He said that the results of the examination will be announced by September 5.

Minister Pegu further said that the examinations are likely to be held with a limited number of subjects with a shorter time period.