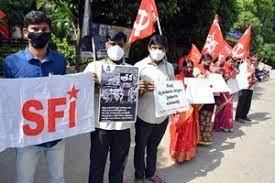 Guwahati: Assam government Wednesday decided to release the amount of the Direct Benefit Transfer scheme to the entitled person before the 10th of every month.

“No file will have to be sent to the Finance Department seeking ceiling for Kushal Konwar Universal Old Age Pension, Indira Miri Universal Widow Pension and Deen Dayal Dibyang Yojna. The senior most secretary of the concerned department will be empowered to release through DBT to the beneficiaries. Moreover, beneficiaries of these three schemes will receive their dues within the 10th of every month.” a press statement from the Chief Ministers’ Office said.

The Assam Cabinet in its meeting held at Dispur under the chairmanship of chief minister Himanta Biswa Sarma also took several other decisions which included to give nod to the creation of Bodoland Welfare Department and Bodoland Administrative Staff College to enhance the administrative capacity of Bodoland Territorial Region (BTR).

During the Cabinet meeting, it was decided that a Guardian Minister shall be allotted to each district administration for better implementation of schemes/ projects and other public welfare activities.