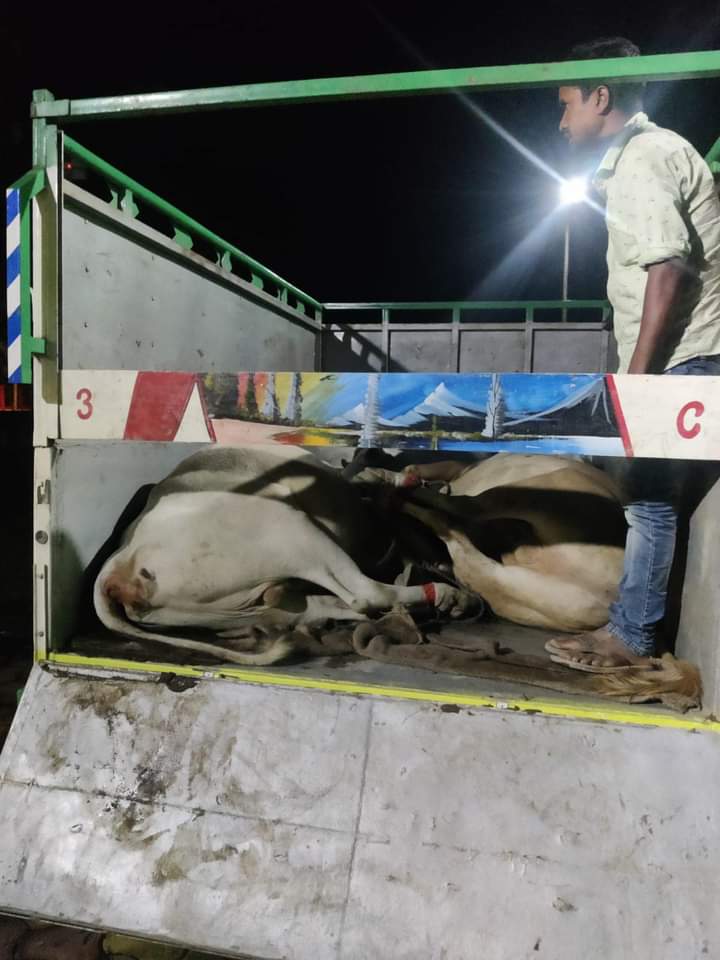 Guwahati: More than four dozen cattle were seized from traffickers’ hands by police in Assam’s Nagaon district in the wee hours of Thursday.

At around 4.45 am on Thursday, police raided a cattle smuggling operation at Borpeta NLG Brickfield. They detained one container truck and seized 23 cattle.

According to a subsequent tweet from Nagaon Police, the district nabbed one Saiful Islam in the most recent incident for smuggling of four cow heads.