He tweeted "the bird is freed", in an apparent reference to the deal closing, reports BBC. A number of top executives, including the boss Parag Agrawal, have reportedly been fired. 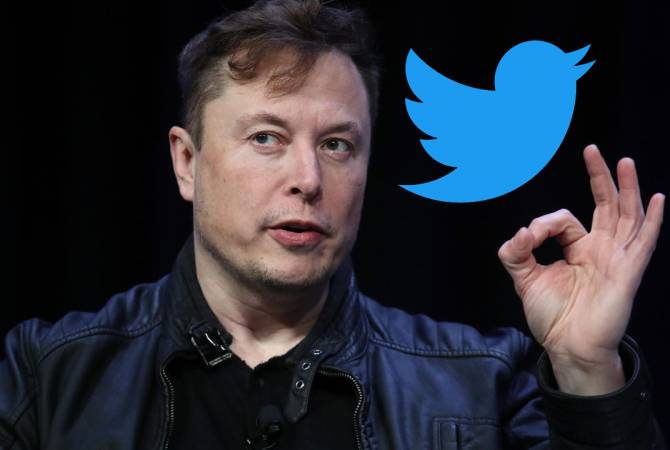 San Francisco: The world’s richest man, Elon Musk, has completed his $44bn takeover of Twitter, according to US media and an investor in the firm.

He tweeted “the bird is freed”, in an apparent reference to the deal closing, reports BBC. A number of top executives, including the boss Parag Agrawal, have reportedly been fired.

It brings to a close a saga that saw Twitter go to court to hold the multi-billionaire to the terms of a takeover deal that he had tried to escape.

Twitter has not yet confirmed the takeover, but an early investor in the company told the BBC that the deal had been completed.

Musk, a self-styled “free speech absolutist”, has been critical of Twitter’s moderation policies and the news will be greeted with mixed feelings by Twitter users and employees.

Many people on the right of US politics will celebrate the exit of Agrawal as chief executive. They view people like Agrawal, and his predecessor, Jack Dorsey, as liberals who are curtailing free speech.

They also think that under their stewardship, Twitter has censored conservative voices — an accusation that Twitter denied.

Agrawal, chief financial officer Ned Segal and the firm’s top legal and policy executive Vijaya Gadde are no longer with the company, according to US media reports.

Agrawal and Segal were escorted out of Twitter’s San Francisco headquarters after the deal closed, international news agencies reported.

Twitter co-founder Biz Stone thanked Agrawal, Segal and Gadde for their “collective contribution” to the business.

Meanwhile, Bret Taylor — who had served as Twitter’s chairman since last November — updated his LinkedIn profile to indicate that he was no longer in the post.

The social media platform’s shares will be suspended from trading on Friday, according to the New York Stock Exchange’s website.

Musk said he bought the social media platform to help humanity and he wanted “civilisation to have a common digital town square”.

Musk’s early investments in Twitter initially escaped public attention. In January, he began making regular purchases of shares, so that by the middle of March he had accumulated a 5 per cent stake in the firm.

In April, he was revealed as Twitter’s largest shareholder, and by the end of the month, a deal was finally reached to buy the company for $44bn.

He said he planned to clean up spam accounts and preserve the platform as a venue for free speech.

But by mid-May, Musk, a prolific Twitter user, had begun to change his mind about the purchase, citing concerns that the number of fake accounts on the platform was higher than Twitter claimed.

In July, he said he no longer wished to acquire the company. Twitter, however, argued the billionaire was legally committed to the acquisition and eventually filed a lawsuit to hold him to the deal.

In early October, Mr Musk revived his takeover plans for the company on condition that legal proceedings were paused.

It appears now Musk is at the helm, many people who have been banned for hate speech or disinformation may be invited back to the platform.

Former US President Donald Trump remains banned from Twitter – a decision Mr Musk has previously said was “foolish” and that he would reverse.