Officials said that following incessant rain in the upper reaches of Meghalaya, the dam of the NEEPCO power plant on Saturday got flooded 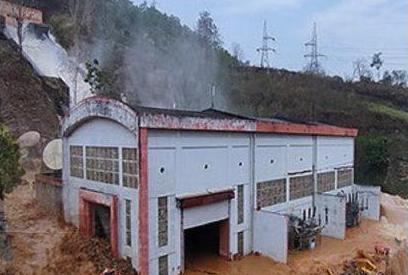 Guwahati: Three employees, including two engineers, of the government-owned North Eastern Electric Power Corporation (NEEPCO) were killed after a turbine of the dam got flooded and exploded at Khandang hydropower project in Assam’s Dima Hasao district, officials said.

NEEPCO officials added that following incessant rain in the upper reaches of Meghalaya, the dam of the NEEPCO power plant on Saturday got flooded and several trees were uprooted killing engineer Anupam Saikia, Manager Jayanta Hazarika and another contract staffer Dimraj Johri on the spot.

Local people suspect that a few more people might have been trapped in the flood accompanied by huge landslides. Senior NEEPCO officials and experts have rushed to the site.

Rescue, as well as further investigation, was underway. The NEEPCO officials said a similar mishap occurred in the Dima Hasao district on October 7, 2019, killing four employees of the company.