Quoting official data collected for 2020-21, Khandu also said with regard to severe kidney and heart ailments, the Adis topped the list followed by Nyishis and Monpas. 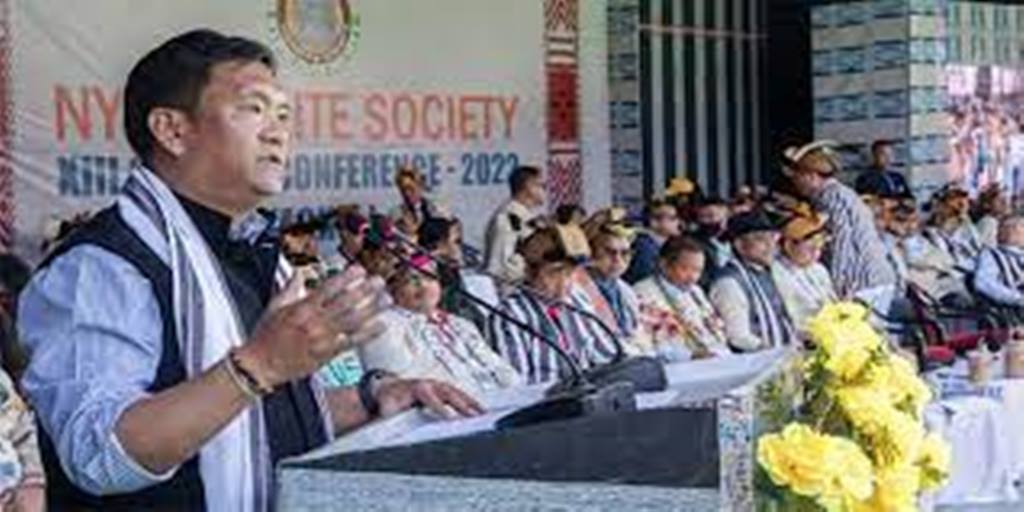 Itanagar: Arunachal Pradesh Chief Minister Pema Khandu on Saturday sad the highest number of cancer patients in the state hailed from the Nyishi community, followed by the Apatani and the Adis.

Quoting official data collected for 2020-21, Khandu also said with regard to severe kidney and heart ailments, the Adis topped the list followed by Nyishis and Monpas.

In the education sector, going by the class 12 pass percentage, Monpas topped the chart with Apatanis, Adis and Nyishis following. Sharing very interesting data, Khandu informed that when it comes to the lodging of FIRs, Nyishis were the foremost, followed by Adis and Mishmis.

Speaking at the XIIIth general conference of Nyishi Elite Society (NES), the apex community-based organisation (CBO) of the Nyishis, at Yachuli in the Lower Subansiri district, Khandu insisted that such data must be compiled in all sectors so that organizations like NES and others could do brainstorming on how to move forward.

He informed that the data compilation is under process and once done, his office would share it with all CBOs, NGOs and the Arunachal Indigenous Tribes Forum (AITF).

“Based on these data we need to introspect, retrospect and plan ways to lead our society to a healthier and happier environment,” Khandu said.

Congratulating members of the Nyishi community, he hailed NES for leading from the front and hugely contributing to the progress of not only the community but also the state. “Nyishis being the largest tribe of the state, NES has a big role to play and set an example for other tribes of the state,” he said.

Khandu was all praise for Dr Bengia Tolum, president of NES, who he said, was a treasure house of knowledge, discipline and dedication. He also expressed gratitude to Dr Joram Begi, the founding president of NES, under whose leadership the Society was formed way back in 1987.

Talking about the contributions of Nyishi society, Khandu paid rich tributes to sepoy Neelam Tebi, who laid down his life fighting enemy soldiers in Tawang during the 1962 war. He assured that a memorial will be erected in Late Tebi’s village, Deed, in Lower Subansiri district, so that he continues to inspire the youths.

At a request from society members, the Chief Minister assured that one important landmark or institute will be named after martyr Neelam Tebi and asked the district administration and the local legislators to submit a proposal to the government in this regard.

He said that the Trans Arunachal Highway is almost complete except for a few packages, which he assured would be completed by next year.

He said that since Narendra Modi became the Prime Minister, connectivity in the state has witnessed unprecedented growth.

On the occasion, Khandu also presented mementos to scholars from the Nyishi community for publishing books on Nyishi language that would be taught in schools of the Nyishi-dominated districts.