He advised the officers to clear all administrative bottlenecks and carry out joint brainstorming for the road construction which is de-scoped by the NHIDCL. 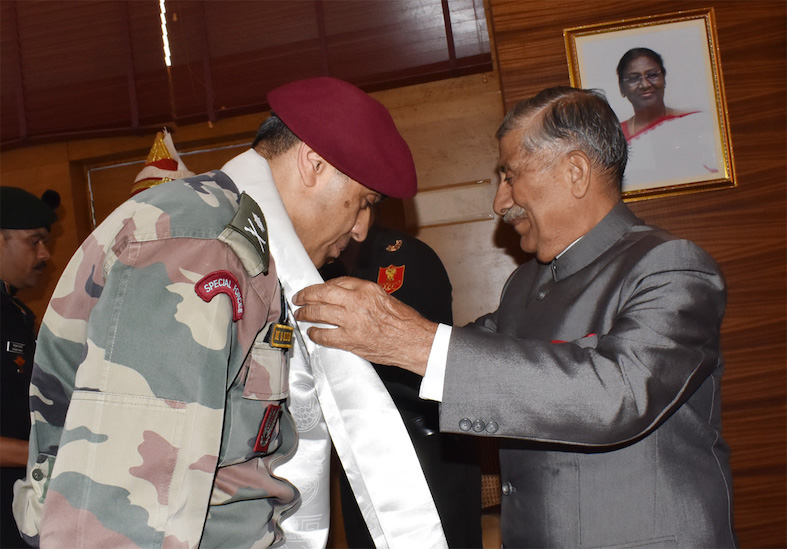 He advised the officers to clear all administrative bottlenecks and carry out joint brainstorming for the road construction which is de-scoped by the National Highways and Infrastructure Development Corporation Limited (NHIDCL).

The Governor emphasized that for the defence of the Nation and the welfare of the people, the projects related to the security forces must be given top priority and executed within the given timeframe. He further stressed that all issues must be addressed through a single window facility so that the user is not hard to put to it, a communiqué from the Raj Bhavan said.

While noting that the Armed Forces are deployed to protect every inch of our motherland, the Governor said, it is the responsibility of every person to enable our Armed Forces in their operational role in the true spirit of nationalism.

During the meeting, the Governor advised the Army officers to assist the local entrepreneurs in tourism projects and also promote tourism in their area of responsibility in Arunachal Pradesh.

He suggested erecting memorial pillars on the battlegrounds where the concerned infantry battalions had fought in the 1962 Sino-India war, which will inspire the posterity for making sacrifices for the defence of India.