MLA Jambey Tashi passed away in a Guwahati hospital on Wednesday after a brief illness. 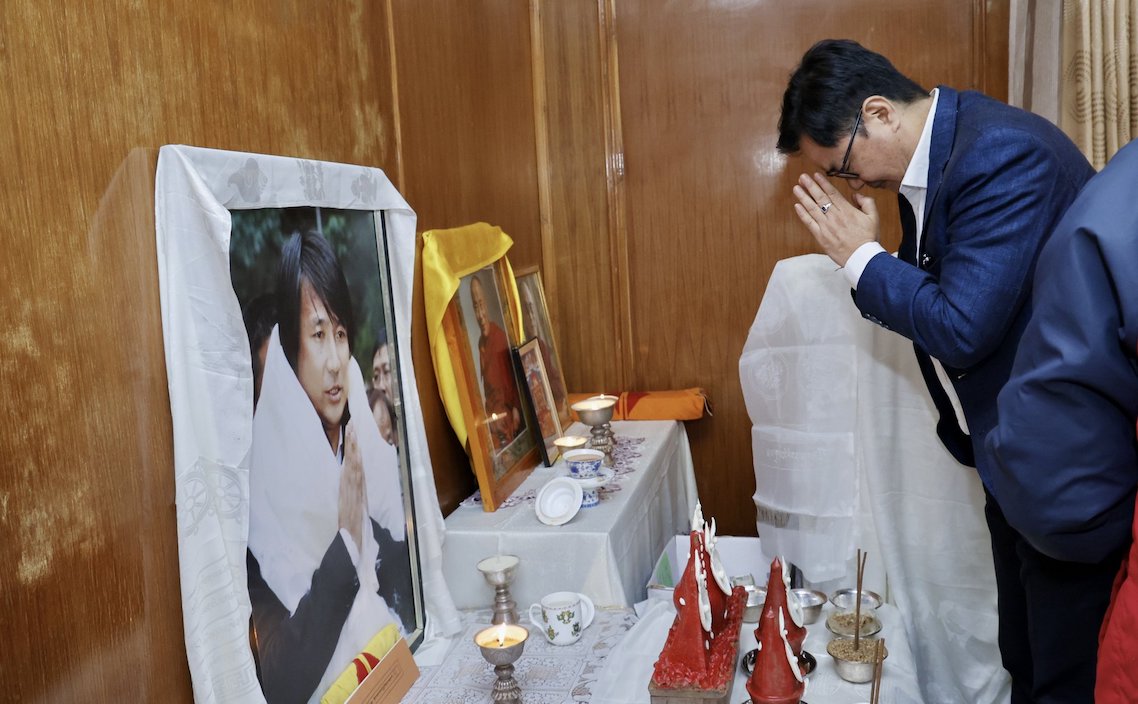 MLA Jambey Tashi passed away in a Guwahati hospital on Wednesday after a brief illness.

Wahge expressed his sympathy and solidarity to the bereaved family members and conveyed to them that the whole BJP family is with them at this trying time.

As a mark of respect to the departed leader and as per the tradition of the BJP, a party flag was placed on the mortal remains of Jambey Tashi by the state president.

Wahge termed the untimely demise of Tashi as a great loss not only for Lumla constituency but for the State and the party as well.

Appreciating the ‘remarkable’ developmental works accomplished by late Tashi, he appealed to the people of Lumla to carry on the legacy of their late MLA.

Taking to Twitter, Rijiju wrote, “Paid my last heartfelt respect to the mortal remains of our beloved young MLA late Jambey Tashi at Lumla in Tawang District, Arunachal Pradesh. Losing a progressive leader at such young age is an irreparable loss for the State. May Lord Buddha bless his soul to make early rebirth.

Late Jambey Tashi devoted his time and energy to transform the Lumla Constituency. His demise will remain a huge void but he will continue to inspire the younger generation. It’s a big personal blow to me as he had always treated me as his elder brother and his guide,” he said.