The Army said a routine link patrol was undertaken on the night of November 17-18 in the Machil sector. Gunner Hazra complained of breathing difficulty. 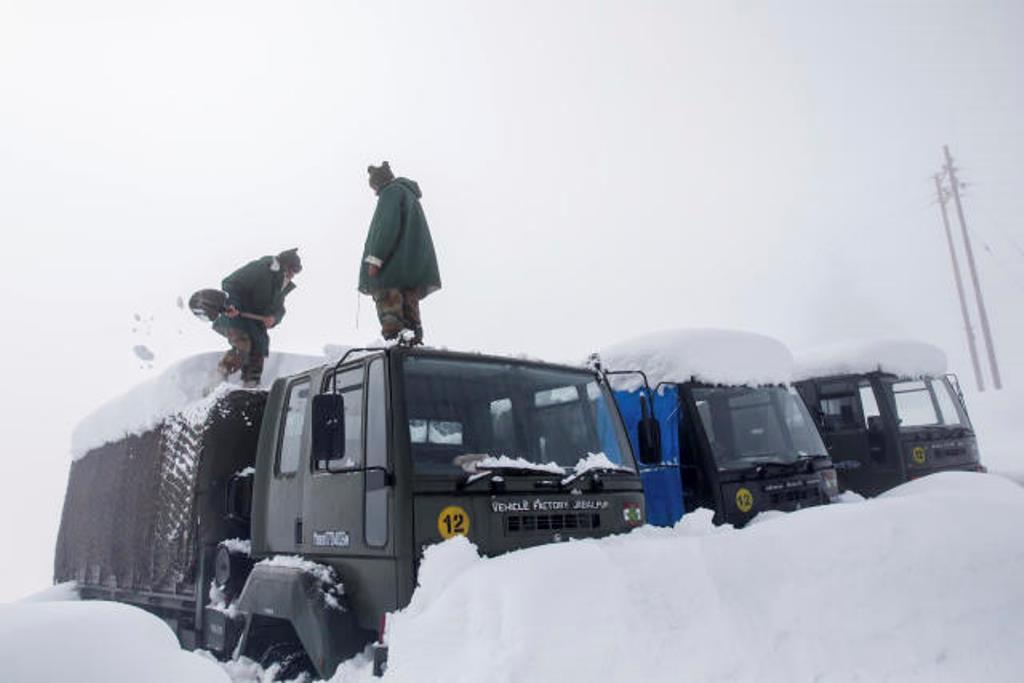 Srinagar: The Army on Saturday said that the tail of a patrol party came under a massive snow slide in Kupwara district of Jammu and Kashmir on Friday, resulting in the death of three soldiers.

The three were identified as Lance Naik Mukesh Kumar (22) of Sajwantgarh village in Nagaur Rajasthan, Naik Gaikwad Lakshma Rao (41) of Chunchkkede in Dhule in Maharashtra and Gunner Souvik Hazra (22) of Khamarberia in Bankura in West Bengal.

The Army said a routine link patrol was undertaken on the night of November 17-18 in the Machil sector. Gunner Hazra complained of breathing difficulty.

A search and rescue was immediately launched.

“In the meanwhile, medical situation of Gunner Hazra, who was diagnosed with hyperthermia, started deteriorating. An air evacuation request was raised at about 10.30 am and he was evacuated to 168 Military Hospital, Kupwara. The braveheart (died) at the hospital,” the statement said.

“He was moved to the nearby post and further evacuated to Kupwara at about 2.30 pm by helicopter. The braveheart, however, succumbed to his medical condition at the Military Hospital,” it said.

“A specialised rescue team along with avalanche rescue dog from Z Gali were airlifted and immediately inducted to locate the missing individual. After extensive search, Naik Gaikwad was recovered at around 4.30 pm and was air evacuated to hospital in Kupwara.

“The braveheart also could not be revived and succumbed to his medical condition,” the statement said.

The mortal remains of the three bravehearts will be taken for last rites to their respective native places, where they would be laid to rest with full military honours, the Army statement said.

“In this hour of grief, the Indian Army stands in solidarity with the bereaved families and remains committed to their dignity and wellbeing,” it added.