The Serbian, who last lifted the title at the tournament in 2015, will take home USD 4,740,300 if he wins the trophy undefeated in Turin. 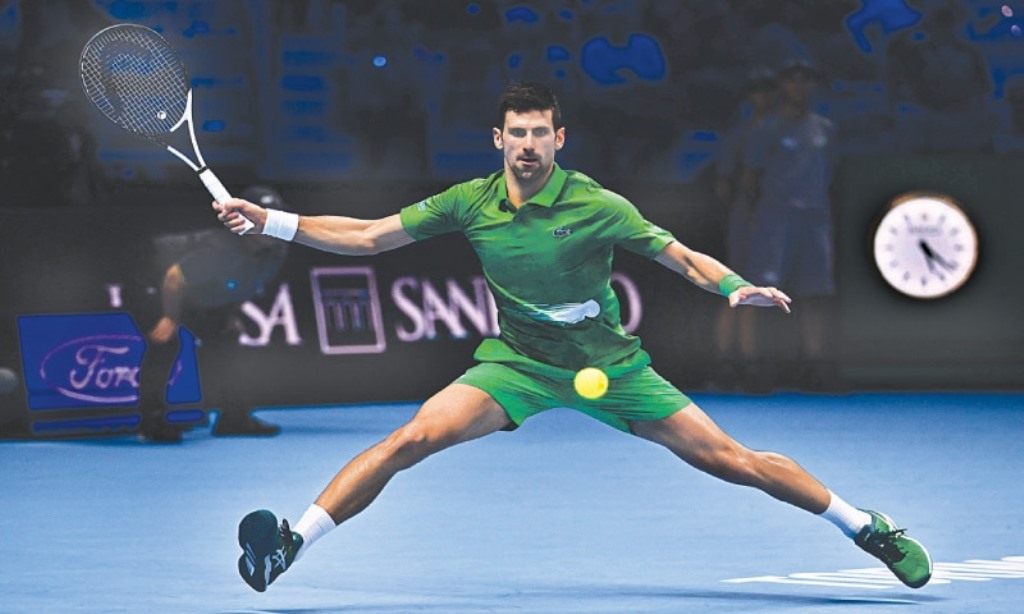 Turin: Novak Djokovic survived a three-set marathon match with Daniil Medvedev to keep alive his chances of emerging as an undefeated champion at the ATP Finals.

Despite having already qualified for the semifinals, the Serbian pushed himself to his limits against Medvedev, prevailing 6-3, 6-7(5), 7-6(2) to top Red Group with a 3-0 record, handing the 2020 champion a third straight third-set tie-break loss at the event on Friday.

The former World No. 1 has now won 16 of his past 17 matches, having triumphed in Tel Aviv and Astana last month.

The Serbian, who last lifted the title at the tournament in 2015, will take home USD 4,740,300 if he wins the trophy undefeated in Turin.

The 35-year-old will face Taylor Fritz in the semifinals, when his fitness will be thoroughly tested, having spent over three hours on court against Medvedev in a match that pushed both to their limits.

“This match against one of the greatest rivals I have today is very important, regardless of the fact that I had qualified already,” said Djokovic after his victory. “I really wanted to win.”

“Daniil and I have had some battles in the past and I knew coming into the match today that it was going to be his last match of the season and he wouldn’t want to finish with a loss. I started off very well. I had chances in the second set, had some break points but he played very well in those decisive points. He was playing really quick. I didn’t fell physically well in the third set, struggled a lot. It is a battle and it is a fight,” he said.