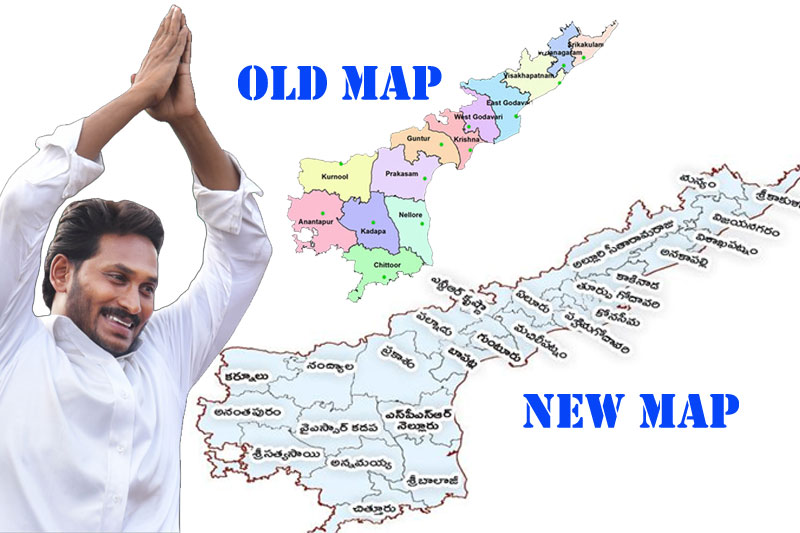 The state government has issued a gazette notification on Saturday regarding creation of new districts and reshuffled IAS and IPS officers.

The District Collector’s office and officers were made ready for the new districts. The government appointed District Collectors, Superintendents of police, Divisional Revenue Officers, RDOs and other officials.

The needed infrastructure for the newly created 13 districts is being provided. Significantly, the government named one of the new districts as Alluri Sitarama Raju who was a freedom fighter.

The government also named another district as NTR district (N T Rama Rao, the founder of Telugu Desam Party and former Chief Minister). For the last time, a new district was created in the state in 1979 in the combined Andhra Pradesh as Vizianagaram district.

Speaking after launching the new districts, the Chief Minister said that in order to liberalize and ease administration, 13 new districts were created by reorganising the 13 districts.

He said that with the creation of 13 districts the state now has 26 districts which would help to serve the people in a better way and reach out them more effectively.

“Our policy is to provide an efficient and transparent administration and decentralize the administration in the cities and also in the villages to reach out people in a better way and work in a transparent manner. We have ensured that each district has six to 8 Assembly constituencies and each district has a population of up to 18 lakh. We have taken the sentiments and apprehensions of people in creating new districts and addressed them”, Reddy explained.

He made interesting comments on the creation of the Kuppam revenue division. Kuppam is the Telugu Desam Party Chief N Chandrababu Naidu’s constituency from where he has won seven times.