Chief Minister N Biren Singh informed that steps would be initiated to take action against illegal construction carried out on paddy land after 2014 to preserve and save agricultural land. 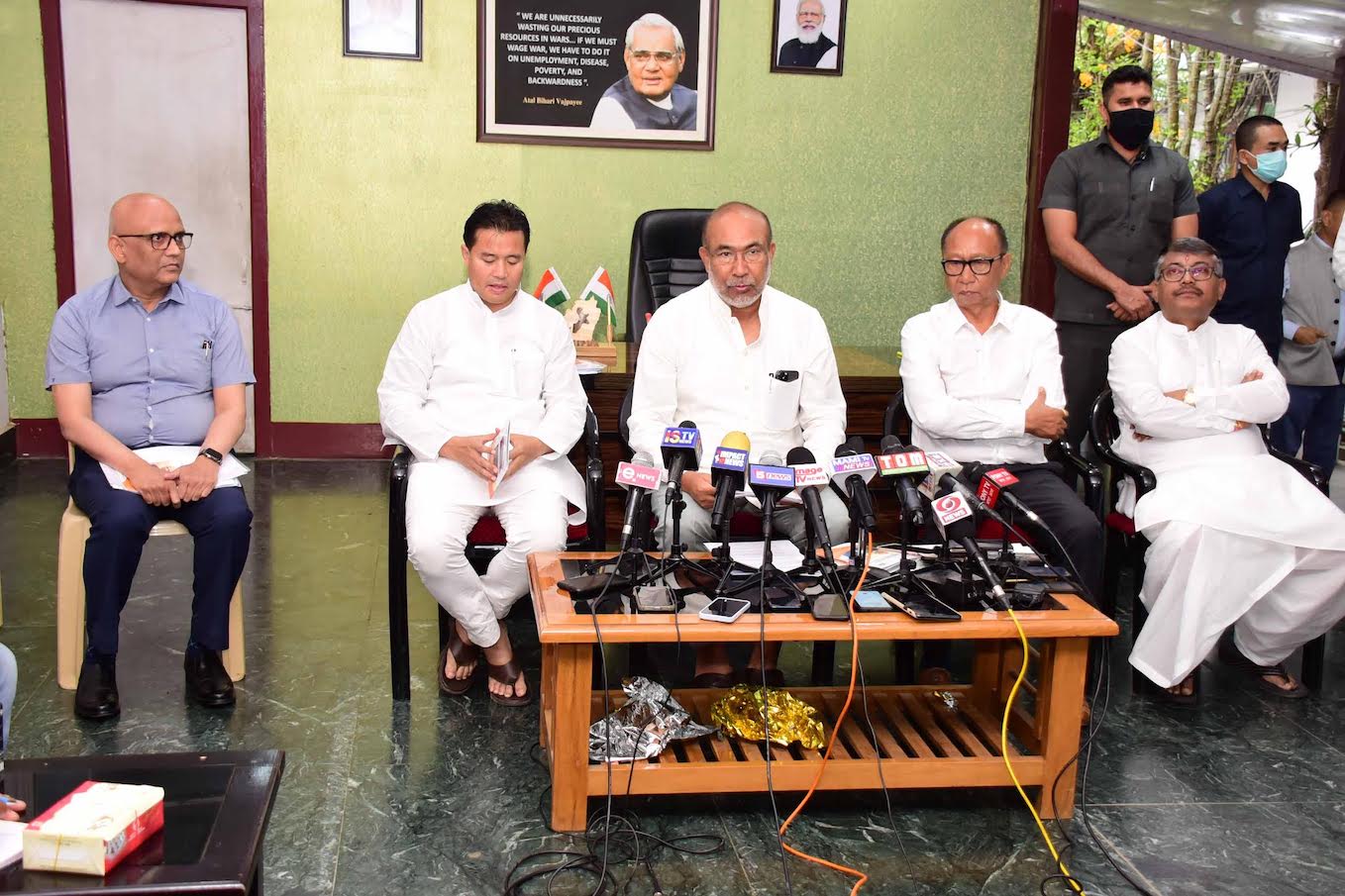 While making the announcement, Chief Minister N Biren Singh said a decision in this regard was taken by the state cabinet considering the success of CMHT in the past four years and its benefit to poor and vulnerable families of the state.

Biren further stated that the Health for All Scheme, which was launched to provide door-to-door health screening for primary health care and chronic disease management, had covered around 300 villages so far. All villages of the State would be covered soon, he added.

Mentioning that 5.24 Lakh poor beneficiaries had been enrolled under CMHT, he added that more than 83000 beneficiaries have received benefits of free hospitalisations of upto Rs 2 Lakhs per family per year in Private or Government hospitals in the last 4 years.

N. Biren continued that the State Government had launched the Subdivision Development Monitoring Mission to scale up inclusive growth and development in all the 68 Sub-Divisions of the State.

Prabhari Officers consisting of IAS, IRS, IFS, MCS and MFS Officers, had been appointed for each Sub-Division. The Prabhari Officers in coordination with local leaders would conduct a family wise survey to identify the needs of the people.

He further informed that the State Cabinet had approved to increase the corpus fund for Manipur StartUp from earlier Rs. 30 crore to Rs. 100 crore. The State Government would tie up closely with Government schemes, NEDFI and partnership with DPIT and other stakeholders with focus on providing a better eco system for nurturing growth of StartUps and marketing linkages. New StartUp 2.0 Policy and Guidelines would be finalized within 100 days, he added.

Mentioning the recently launched “Jal Shakti Abhiyan: Catch the Rain” campaign, N. Biren stated rain water harvesting methods would be set up in all offices, institutions and schools to conserve water. Instructions had also been given to officials concerned to start work for conserving wetlands so as to mitigate environmental degradation, he stated.

He informed that steps would be initiated to take action against illegal construction carried out on paddy land after 2014 to preserve and save agricultural land. Zila Parishads, Pradhans and official concerns had been informed on the matter.

Stating that making out a long-term plan for at least 50 years from now, the State Cabinet had decided to widen State Highways, District Highways and Inter-Village Roads.

He appealed to the public to support and cooperate in such an initiative considering its necessity. Stressing on development of catchment areas, he stated that a meeting consisting of MLAs of hill districts, Autonomous District Councils and Bureaucrats would be held to take steps for the same.

He was also hopeful that deforestation carried out for shifting cultivation would become lesser with the initiatives of the state Government to provide means of livelihood for every household.