Based on the reports and ground situation, police have identified as many as 370 polling stations as ‘A’ category while the rest 274 were identified as ‘B’ category considering the threat perception. 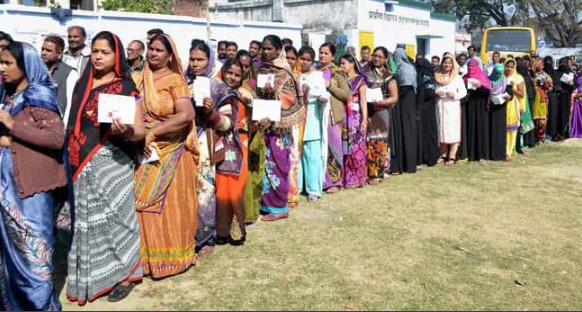 Agartala: Amid tension and controversy over security lapses followed by a series of directions from the Supreme Court and High Court for free and fair polls, 222 seats of 13 urban local bodies of Tripura go for the election tomorrow to decide the fate of over 500 candidates of different parties.

A couple of hours later on the directions from the apex court, West Tripura district magistrate last night clamped 144 of CrPC prohibiting the assembly of five or more persons in Agartala Municipal Area along with imposing several other restrictions to hold the civic poll peacefully.

The state police have also made elaborate security arrangements along with other measures to ensure the safety of the voters, polling staff, candidates and political parties on the day of the poll and afterwards. Immediately, after the direction from Supreme Court Director General of Police V S Yadav held a meeting with state election commissioner M L Dey last night and reviewed the law and order situation.

Based on the reports and ground situation, police have identified as many as 370 polling stations as ‘A’ category while the rest 274 were identified as ‘B’ category considering the threat perception. All ‘A’ category polling stations will be provided with four Tripura State Rifles (TSR) jawans and each booth would get five additional jawans to maintain security during polling, Additional IGP (L&O) Subrata Chakraborty said.

All ‘B’ category polling booths will be provided with four armed policemen while two more layers of security cover would be provided to each of the polling stations, area domination and round the clock patrolling to foil any criminal attempts in the city from this afternoon. However, as of now there is no deployment of CRPF in the polling station but they would guard strong rooms, he stated.

Altogether 97 police sector officers and an equal number of civil sector officers have been appointed for Agartala Municipal Corporation (AMC) area to oversee the situation during polling. The police stations were provided 61 light security vehicles for patrolling in the city along with 50 sections of CRPF and ensuring mobile surveillance to ensure free and fair elections, Chakraborty pointed out.

“At least 15 sections of CRPF have been deployed exclusively for Agartala town after the direction of Supreme Court. Altogether 123 Nakas are erected in the city and a few Quick Response Teams of selected policemen have been formed to foil any subversive attempt during the elections. So far, 433 persons have been arrested executing 161 pending cases and action was taken against 88 trouble mongers,” AIGP maintained adding 57 political cases have been registered since the election was declared a month ago.

While declining to postpone the elections, the Supreme Court yesterday viewed that the DGP, IGP and Home Secretary must assuage any misgivings about the law enforcement machinery in supporting the electoral process. The Supreme Court ordered the Tripura government to submit a statement on details of the complaints lodged, FIRs registered, action taken and arrests made along with the compliance affidavit before the hearing scheduled tomorrow.

“The law enforcement agencies must discharge their duties in an even-handed and non-partisan manner,” the apex court had stated adding when a compliance affidavit is filed, it shall contain a detailed statement of steps taken, security for the contesting candidates and protection for the election process.