The recruitment rally witnessed an enthusiastic response from the jubilant aspirants since its commencement. 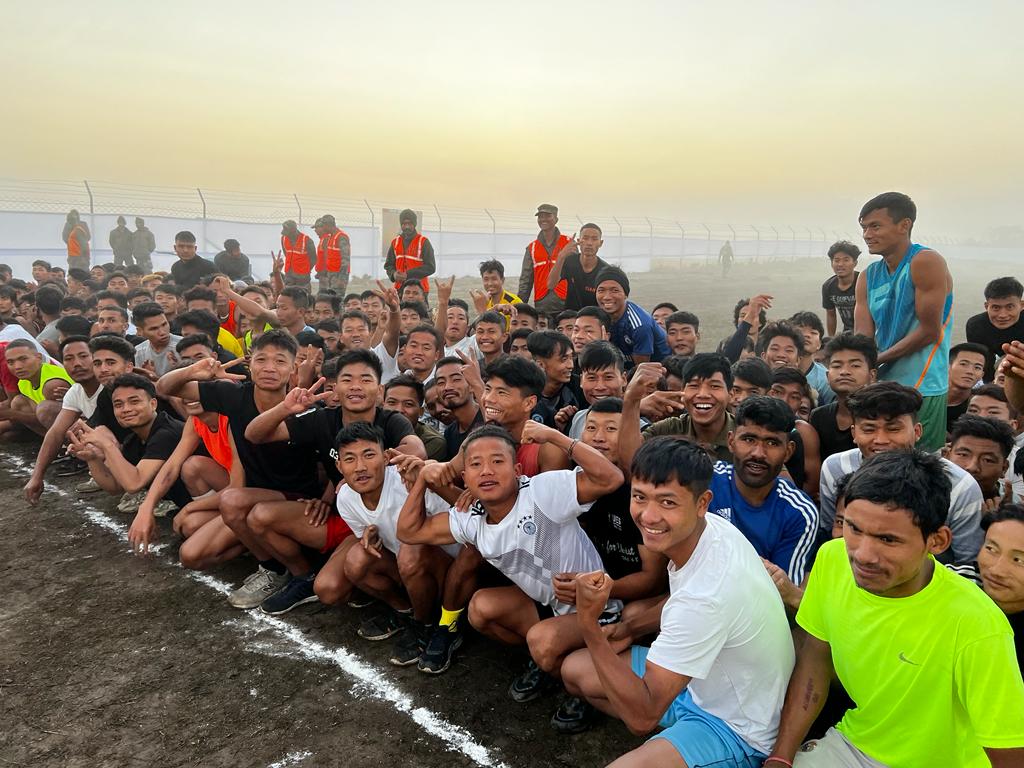 Imphal: In a continued effort to meet the aspirations and long desire of youths of Manipur to join the Indian Army, Agniveer Recruitment Rally was organised for all districts of Manipur at Koirengei from 23 Nov 22.

The recruitment rally under the Agnipath Scheme was eagerly awaited by the youths as it will provide them a golden opportunity to join the Indian Army.

The recruitment rally witnessed an enthusiastic response from the jubilant aspirants since its commencement.

The arrangements made by the Army Authorities and Civil Administration have ensured a successful conduct and hassle free participation of volunteer youths in the rally.

The event is concluding on 30th November 2022 and has witnessed massive turn out so far which has been very encouraging.

The candidates, their guardians and local people expressed their happiness that such an important rally was conducted in Manipur in a peaceful environment and interested candidates would now be able to fulfill their dream to serve in the Indian Army.