Qatar became the first host side ever to lose all three group matches in the World Cup history. 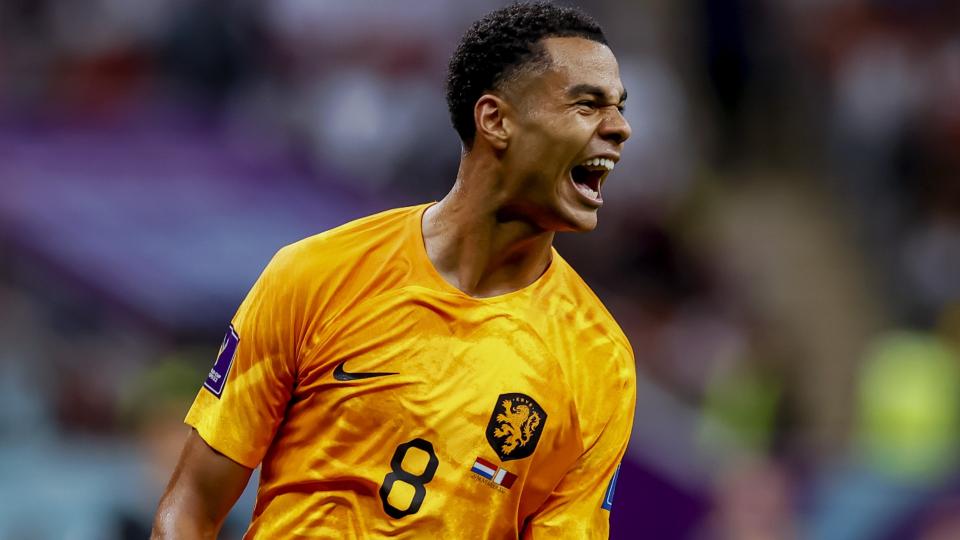 Al Khor (Qatar): The Netherlands have topped Group A at the FIFA World Cup Qatar 2022 as Louis van Gaal’s side brushed aside the hosts Qatar 2-0 here at Bayt Stadium.

With a win on Tuesday, The Oranje had already secured their place in the knockout phase with a game to spare.

Becoming the first Dutchman to score in all three group games, it was Cody Gakpo, who put Van Gaal’s side ahead in the 26th minute. Frenkie de Jong then made it 2-0 just four minutes into the second half.

Steven Berghuis had a goal ruled out and there were lots of other chances to extend their lead, but two goals were enough for the Dutch to progress as pool winners.

Qatar became the first host side ever to lose all three group matches in the World Cup history.

Davy Klaassen, who was named Player of the Match against Qatar, told FIFA: “Our first goal was to get out of the group at all costs. Now we’re fully focused on the next round. Right now I’m happy and we’re enjoying this moment.”

Cody Gakpo, who wrote his name into the record books by scoring a goal in each of the three group games, described the game and the ambitions of the Dutch side as follows: “I heard that stat and I’m happy about it, but the most important thing is that we won the game tonight. That’s what matters most to me

“I’m happy but I’m not thinking about that now. We want to win the World Cup, we’re united, and I’ll try and help the team in any way I can.”

“We knew that we needed to win today to top the group,” remarked Nathan Ake. “We need to keep that mentality for the games ahead because it’s knockout from now on; we can’t afford any slip-ups.”

Captain Virgil van Dijk also wanted to stress his main focus: “I’m just thinking about Holland, no-one else. I like that jersey, for example (he said to a journalist wearing a Dutch shirt). I’m happy. We’re into the knockout stages and that’s the most important thing for me.”