Pradyot raised allegations of large scale violence, booth capturing and prevention of voters from casting against the ruling BJP 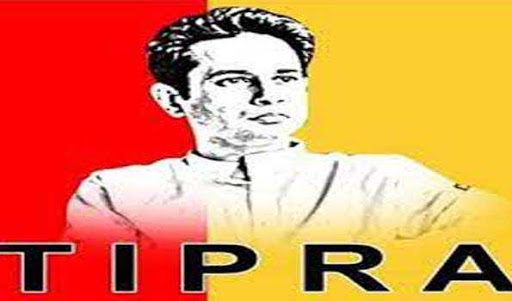 Pradyot raised allegations of large-scale violence, booth capturing and prevention of voters from casting against the ruling BJP and submitted some documents and proofs in favour of his claim but the commission was not satisfied with the allegations. However, assured to take all steps to ensure violence-free counting on April 10 next.

Earlier, opposition CPI-M had also demanded a re-poll in 65 booths of 11 constituencies raising the same allegations against the ruling BJP-IPFT front but the election commission didn’t agree to it and argued even though there were sporadic incidents in the areas, it did not affect the voting process.

Although ruling BJP and IPFT yet to demand re-polls, they accused a section of polling staff of working for TIPRA in many locations during elections. The BJP however, despite being in the government, had stated to lodge complaints against those employees with the state election commission but yet to move.

Lashing out at terror tactics allegedly being instructed by the ruling BJP, Pradyot said, “This is perhaps the highest turnout reported in elections across the country in any local elections. I appreciate each and everyone who have exercised their democratic rights despite being threatened. We are confident of the majority.”

He alleged due to the inaction of police and administration all the incidents had taken place by the infiltrators from general areas who had moved in a group and instigated their local supporters to resort violence and prevent opposition voters from casting their choice.

Meanwhile, in post-poll violence in tribal areas of Tripura as many as 13 people of different parties were attacked by their political opponents. The highest casualty is reported in ruling BJP and IPFT following organised attacks by the oppositions.