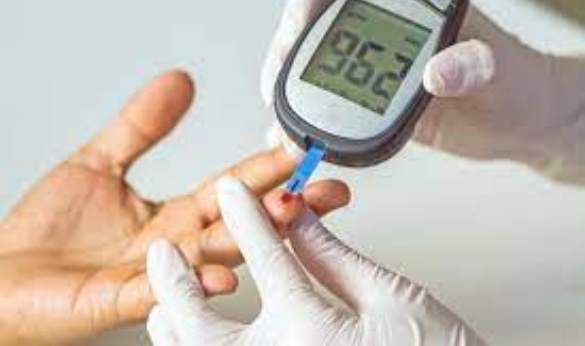 Hamirpur (HP): About fifty thousand people have been diagnosed with Diabetes in Himachal Pradesh and that the prevalence of diabetes in the state of Himachal Pradesh is 11.5 per cent, which is higher than the national average of 9.8 per cent.

This is the finding of a survey conducted by the department recently.

A Government Spokesperson said Saturday that the Government of Himachal Pradesh has started the Mukhyamantri Nirog Yojna for the annual screening of the population above 18 years of age in the state.
He said ten Nirog clinics have been established across the state in 2020-2021, at RH Bilaspur, ZH Dharamshala, RH Reckong Peo, RH Kullu, ZH Mandi, RH Solan, RH Una, CH Rampur, CH Palampur, and CH Paonta Sahib. In these clinics, the trained doctors, staff nurses and support staff are screening the population for non-communicable diseases and are also providing referrals.

He said under this scheme, the risk assessment of nearly 24 lakh individuals (56%) has been done. Furthermore, 8.5 lakh individuals have been screened for non-communicable diseases like diabetes, hypertension and cancer, under the ambit of this yojna.

He added that about 50,000 diabetic patients have been identified under the scheme and are on follow up across the State.

The Government Spokesperson said to prevent people from developing non-communicable diseases, apart from the screening of the disease, the frontline workers and ASHA counsel people to adopt a healthy diet, perform physical activity, prevent harmful use of alcohol and tobacco and adopt weight reduction.