According to the new creamy layer norms notification, the annual income from all sources has been fixed at Rs six lakh. 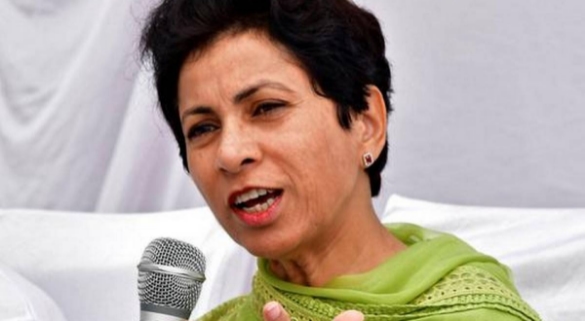 BJP-RSS are conspiring to deprive people of reservation benefits in some way or the other, which is being revealed continuously. In the last several years, there have been many such occasions when the anti-reservation mentality of BJP and RSS has been exposed. The government wants to deprive the backward class people of their entitlements, she added.

But now, the state government has issued a new notification defining the criteria for identification of creamy layer of backward classes in Haryana, which is an attempt to re-publish the notifications cancelled by the Supreme Court.

According to the new creamy layer norms notification, the annual income from all sources has been fixed at Rs six lakh. This has taken away the right of reservation from children of peons, ‘D’ category soldiers, farmers and skilled workers. It is not only against the law but also different from the norms laid down by the Central government on the guidelines of the Supreme Court judgment in the Indra Sawhney case, according to which the salary of socially backward employees and agricultural income of farmers are not included in the annual income.

She said the Central government is considering those as financially weak, who have an annual income of less than Rs eight lakh, but in Haryana, the gross annual income for backward classes has been fixed at only Rs six lakh.

The HPCC said these conspiracies of government cannot be tolerated at any cost. According to the orders laid down by the Supreme Court in the Indra Sawhney case and as per the norms set by the Center government, the backward classes of Haryana should be given the benefit of reservation, she added.