Passengers in the car allegedly chased down the Aboriginal boys -- who were wearing their school uniforms -- before two were violently attacked. 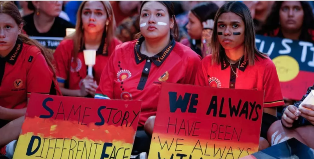 Perth: Three weeks ago, aboriginal teenager Cassius Turvey was walking home from his Perth school with friends when a stranger allegedly pulled up in a utility vehicle and told the group to run.

What happened next has shocked Australia and posed hard questions, many say, about pervasive racism in the country, BBC reported.

Passengers in the car allegedly chased down the Aboriginal boys — who were wearing their school uniforms — before two were violently attacked.

One victim was an already injured 13-year-old whose own crutches were used to beat him, causing bruising to his face, authorities say.

The other was 15-year-old Cassius, who police believe was assaulted with a metal pole, the BBC reported. The Noongar Yamatji boy died 10 days later, after suffering seizures and two strokes from his serious head injuries.

A 21-year-old white man, Jack Steven James Brearley, has been charged with murdering Cassius and assaulting the other boy, the BBC reported.

Western Australian (WA) police say it was a possible vigilante attack after Brearley’s car was damaged the day before.

But there is nothing to suggest Cassius and his friends were involved in the earlier incident, police say, nor any indication they knew their alleged attackers.

Officers are investigating claims the boys were racially abused before the attack, but Commissioner Col Blanch has urged the community not to speculate about a motive or “jump to conclusions”.

“It may be a case of mistaken identity, it might be a case of the wrong place at the wrong time,” he told a Perth radio station last week, the report said.

But others — including Prime Minister Anthony Albanese — have said the attack was “clearly” racially motivated.

Noongar community leaders wrote in an open letter: “Cassius was not ‘in the wrong place at the wrong time’. He was in his school uniform with his friends in broad daylight.”

Blanch has since said he regrets using those words, which were widely criticised.

But the killing has sparked national grief and anger. Thousands of people have attended vigils for Cassius in more than two dozen places across Australia, with events also being held in the US and New Zealand.

Even before the alleged attack, Indigenous communities were scared for their kids, according to Emily Farmer. Her son was among those walking home with Cassius, the BBC reported.

For many, it has evoked memories of high-profile killings of other Indigenous teenagers — such as 14-year-old Elijah Doughty.

Six years ago in WA town Kalgoorlie, he was run over by a man in a 4×4 who believed the teenager had stolen a motorcycle from his house. The man was acquitted of manslaughter but convicted of a lesser charge — driving dangerously causing death.

All were attacked or pursued in racially discriminatory scenarios that would not happen to white children, according to Dr McGlade, a member of the UN Permanent Forum on Indigenous Issues.

“This is shameful. It’s an absolute blight on the nation that young kids can be murdered like this,” Dr McGlade says, the report said.

Aboriginal and Torres Strait Islander people suffer disproportionate rates of violence. Statistics show in some parts of the country they are six times more likely to be assaulted than non-Indigenous people.