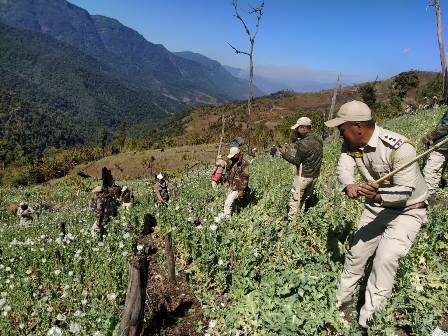 Around 45 acres of illicit poppy plantation covering were destroyed. During the drive, one FIR was registered at Senapati Police station, as per a press note from the PRO, Manipur Police, W Basu.