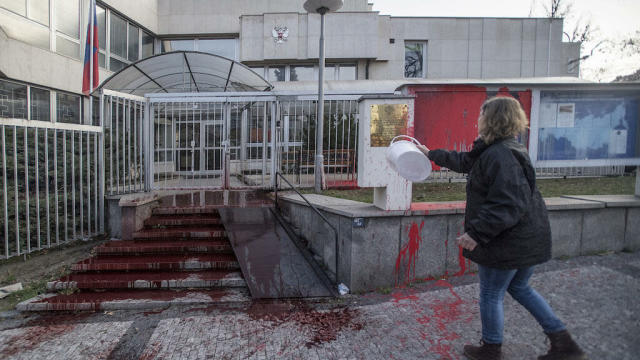 “Denmark will expel 15 Russian intelligence officers working at the Russian embassy in Copenhagen. They pose a threat to our national security. It’s in our mutual interests to maintain diplomatic ties, but we will not accept Russian espionage on Danish soil,” Jeppe Kofod, Minister of Foreign Affairs tweeted.

“This measure, taken by agreement with other European and Atlantic partners, was necessary for reasons related to our national security amid the current crisis resulting from Russia’s unreasonable aggression against Ukraine,” Di Maio said, as quoted by the Nova news agency.

“We announce that today, we have decided to expel Russian diplomats and the staff of the Russian Embassy in Spain from Spain … We are going to expel about 25 people,” the minister told reporters.

In response to the latest announcements, the Russian Foreign Ministry spokeswoman Maria Zakharova told Sputnik that Russia will respond to the expulsion of its diplomats. On February 24, Russia had launched a full-scale invasion of Ukraine.