30 countries will join US in releasing oil – Biden

Biden said the United States has received commitments from other countries to release tens of millions of additional barrels into the market. 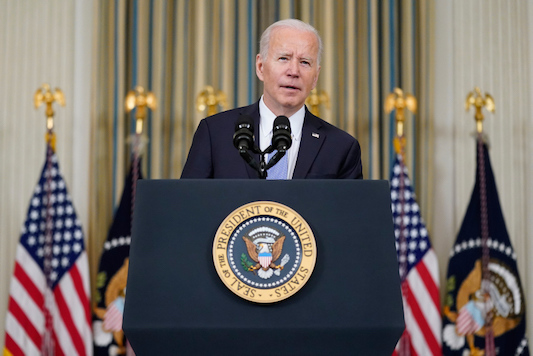 Washington: US President Joe Biden said on Friday that more than 30 countries have agreed to join the United States in releasing oil from their reserves in the market.

“This morning over 30 countries from across the world convened an extraordinary meeting and agreed to the release of tens of millions of additional barrels of oil onto the market,” Biden said.

On Thursday, Biden ordered the release of a record 1 million barrels of oil per day from the US Strategic Petroleum Reserves over the next six months to alleviate a supply crunch that has sent fuel prices to all-time highs.

Biden said the United States has received commitments from other countries to release tens of millions of additional barrels into the market.

The White House also said it will impose fees on US energy companies that are sitting on idle oil wells. Biden said US oil drillers were ignoring the energy crunch in order to make extraordinary profits without investment.