He said that restricting their freedom of movement prevents people from seeking safety and accessing life-saving services. 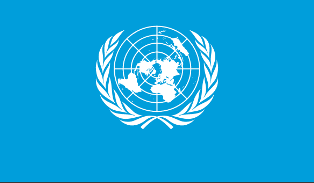 “In Al Lagowa, in West Kordofan, violence escalated following a land ownership dispute and authorities report that at least 19 people were killed and 34 injured,” Dujarric said.

Citing the International Organization for Migration, he added that more than 36,000 people fled the town. In Wad Al Mahi, in Blue Nile State, inter-communal violence has spread to several localities, and at least 1,200 people were displaced.

“As fighting continues, unconfirmed reports refer to many people killed,” the spokesman said. “Two days ago, the governor of Blue Nile State issued a decree prohibiting the movement of civilians using trucks within Wad Al Mahi.”

He said that restricting their freedom of movement prevents people from seeking safety and accessing life-saving services.

Dujarric said that interim humanitarian coordinator Rowe reminds all parties to the conflict to comply with their obligations under international humanitarian law and to protect civilians and civilian infrastructure, including health facilities, schools, and water systems.

The spokesman said Rowe also urges the parties to allow the free movement of people looking for safety and assistance.