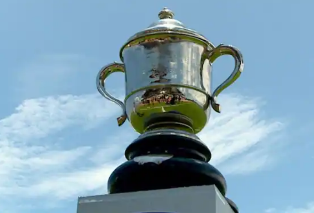 The two senior national football championships will be played in a new format that will see the 36 states fight it out across six groups for a chance to make it to the final round.

The six group toppers, along with the three best second-placed teams will qualify for the final rounds for the senior Men’s National Football Championship for the Santosh Trophy, while six group toppers and the four best second-placed teams will make it to the final rounds of the Senior Women’s National Football Championship.

In the final round, the 12 best teams from across the country will be divided into two groups of six teams each, as they will subsequently play in a round-robin format, before proceeding to the knockout rounds.

The 36 state FAs were also invited to bid for the hosting rights of the Group Stages and the Final Rounds. As announced earlier, the semi-finals and final of the 76th Hero Senior Men’s NFC for Santosh Trophy will be held in Saudi Arabia.

AIFF secretary general Dr. Shaji Prabhakaran, who took part virtually from Kuala Lumpur said, “I am glad to see the enthusiasm and proactive participation of the state association representatives in the virtual draw ceremony for Hero Santosh Trophy and National Women’s

Championships today. With the new competition structure for the senior national championships, we can expect value addition in many aspects of the game at the State level.”Groupings for the 76th Senior Men’s NFC for Santosh Trophy Group I: Karnataka, Delhi, Gujarat, Uttarakhand, Tripura, Leh & Ladakh.