The concerted efforts, relentless pursuit and human approach of Longding Police at grassroot levels, under the ‘Operation Mainstream’ initiative has paid dividends 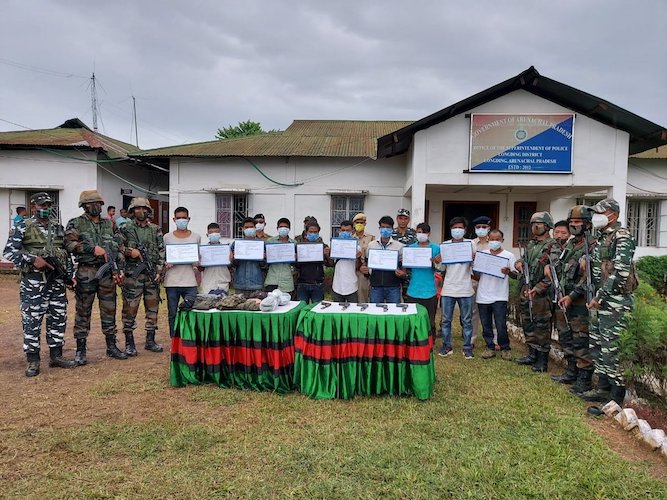 Itanagar: Altogether 14 militants belonging to different factions of the National Socialist Council of Nagaland (NSCN) on Thursday laid down arms and surrendered before the security forces in Longding district of Arunachal Pradesh, a senior police officer said.

The concerted efforts, relentless pursuit and human approach of Longding Police at grassroot levels, under the ‘Operation Mainstream’ initiative to convince the insurgents to come over ground and join the mainstream, has paid dividends as this is the highest simultaneous surrender in history of TCL (Tirap-Changlang-Longding districts), Longding SP Vikram Harimohan Meena said.

“The joint initiative of #LongdingPolice and #AssamRifles has resulted in surrender of 14 cadres of various NSCN factions in Longding District. Such surrenders will help misled youth shun violence and join mainstream,” Longding Police stated in a tweet.

The surrendered cadres were engaged in extortion and collection of “taxes”, the SP said, while adding that they were all holding influential positions and had been working actively for the banned outfit.

The surrendered militants revealed about their hard life in the organization and appealed to their fellow cadres who are still in the NSCN-IM, KYA, R, U, KK to give up violence and start a new beginning by surrendering before the police and administration. They also said that they have understood that the life of UG, apart from being an anti-national act, is a waste of their precious life, he said.