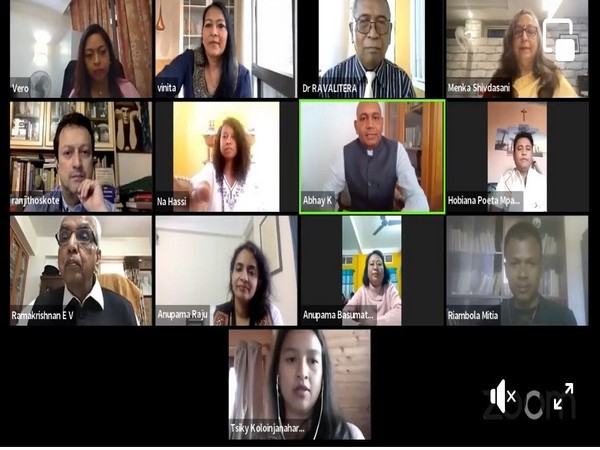 Antananarivo: It was the 13th edition of the monthly literary programme LaLitTana hosted by the Embassy of India, Madagascar which brought together contemporary poets from India and Madagascar for the first time.

LaLitTana is a monthly literary programme started by Ambassador Abhay Kumar in April 2019, which has given a platform to the poets and writers of Madagascar to share their literary works. It was for the first time that the programme was conducted virtually and the Indian and Malagasy poets read their works together. Indian poets who participated in the event included well-known poet, translator and art-curator Ranjit Hoskote, eminent poets E V Ramakrishnan, Anupama Basumatary, Menka Shivdasani and Anupama Raju. Malagasy poets who participated in the programme included Dr Nalisoa Ravalitera, a well-known writer, poet and co-founder of the Circle of Poets and Writers Sandratra, Vice President of Malagasy Academy and Senior Lecturer at the University of Antananarivo, poets Riambola Mitia, Hobiana, Na Hassi and Tsiky Rabenimanga.

The event was moderated by Ambassador Abhay Kumar who shared that the Indian Ocean is one big family. He added that and Malagasy language has about 300 Sanskrit words which show the historical, cultural and linguistic connections between India and Madagascar. He also read the first few stanzas of his book-length poem ‘Monsoon’ which connects all the islands in the Indian Ocean with India through a poetic thread.