Zelensky hits out at Russia over Odesa attack

This has led to food shortages and price rises across Africa, which usually relies on Ukraine and Russia for wheat. 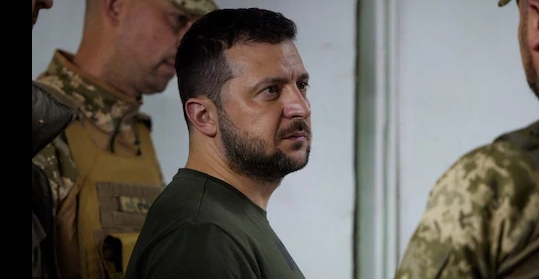 This latest attack comes just a day after a landmark deal between Russia and Ukraine to resume Ukraine’s grain exports, which now hangs in the balance.

However, Kyiv has said preparations are still underway to resume the grain exports despite the apparent breach, with President Zelensky adding that this attack shows why Russia cannot be trusted to stick to the deal.

Moscow meanwhile has not made any comments regarding the attack.

Zelensky vowed to do everything possible to acquire air defence systems able to shoot down such missiles in the future.

Ukraine is a major grain exporter, but because of the war, about 20m tonnes of grain are trapped in its ports, being prevented by the Russian forces from leaving the port. This has led to food shortages and price rises across Africa, which usually relies on Ukraine and Russia for wheat.

Under Friday’s deal, Russia agreed not to target ports while grain shipments were in transit.

But just hours after the agreement was signed, two Kalibr missiles hit Odesa port, according to the Ukrainian military’s southern command centre. Another two missiles were shot down by air defence systems, it added.

However, the strike caused no significant damage to the port, the command centre said.