Youths need to have expertise in Information Technology: Manipur CM

The State Government had been extending full support and cooperation for the creation of Digital Infrastructures in Manipur. 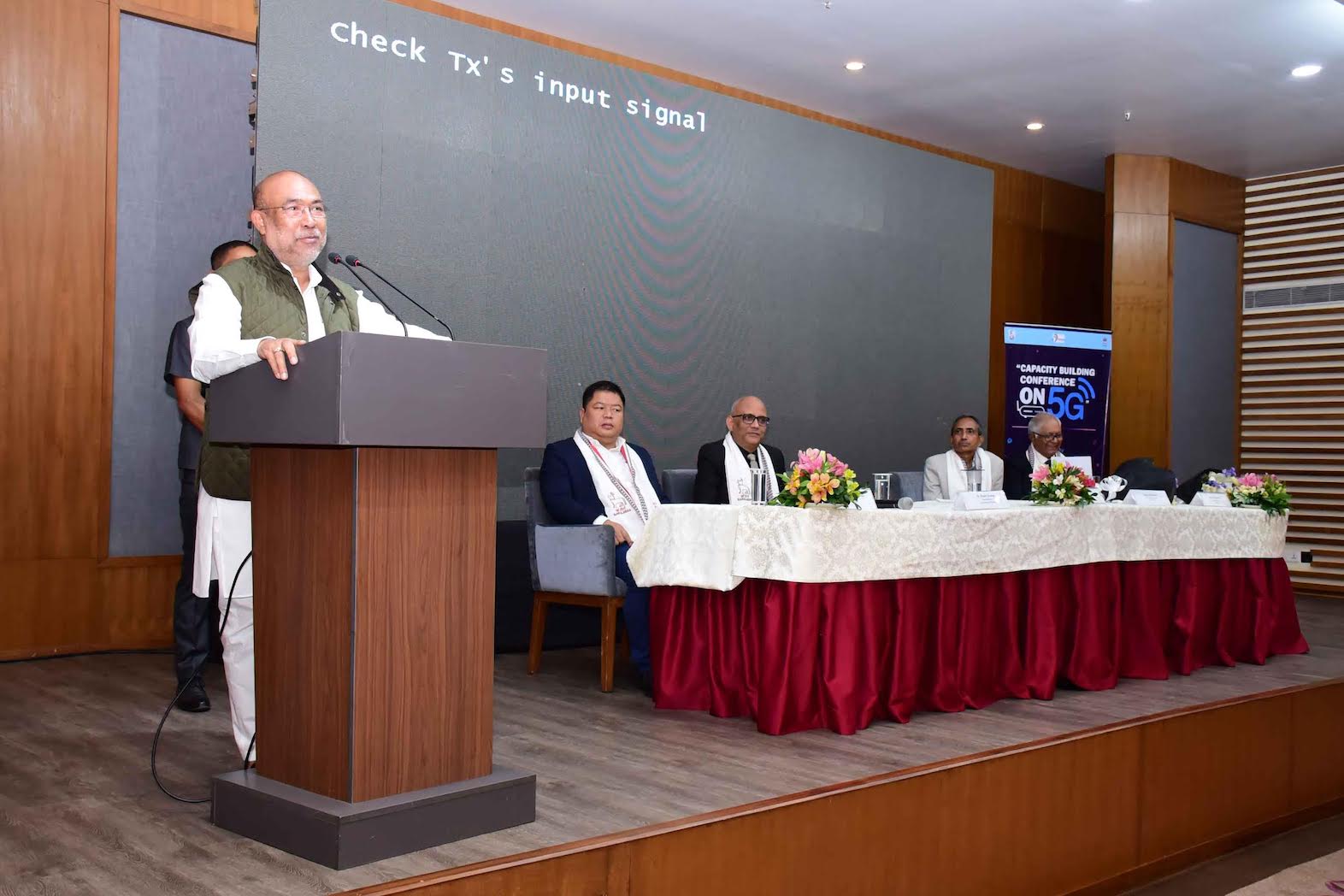 Imphal: Manipur Chief Minister N. Biren Singh said there is a need for the State’s youths to gain expertise in the field of IT sector so that they could cope up with the advancement in the sector.

CM addressed the gathering at the inaugural session of the Capacity Building Conference on 5G held here on Thursday.

N. Biren said that youths of the State seemed to be reluctant towards the IT sector, adding that no local student could be found getting admitted at the Indian Institute of Information Technology opened in the State.

He appealed to the parents and guardians to consider the importance of their wards getting knowledge of Information Technology, mentioning that the time is for the IT sector.

The state had been making great strides in all spheres of development, he added that leveraging Telecom infrastructure for better governance has been an integral part of the State Government’s inclusive development strategy.

The State Government had been extending full support and cooperation for the creation of Digital Infrastructures in Manipur.

Initiatives, like Bharat Net, are being implemented in the State to transform the rural masses by providing affordable and equitable access to the internet, he added.

The Chief Minister informed that 360 villages of the State had been included under the 4G Saturation project to provide 4G mobile services to uncovered villages in remote and difficult areas.

The proposal is under preparation for the inclusion of additional 833 uncovered villages, he stated.

He continued that the IT Department of the State Government in association with CSC- Special Purpose Vehicle had been monitoring the performance of 1000+ active CSCs in the State. Based on their performance, an incentive programme had been implemented to encourage CSCs to provide services in remote areas, he added.

Biren informed that the State is also taking up various initiatives for the successful Roll Out of 5G services in the State.

A Working Committee on 5G had been formed and an Amendment to Manipur Right of Way Policy 2019 to incorporate 5G policies had also been processed, he said.

He expressed that building a robust and resilient connectivity infrastructure in the State is critical, given the State’s strategic location which connects India to one of the most economically dynamic and politically significant geographies of the world.

The Chief Minister was also hopeful that deliberations and discussion of today’s conference would help gear the State towards a smooth and quick rollout of 5G in the State.

Chief Secretary Dr Rajesh Kumar stated that the capacity building conference had been organized to make officials aware of how to facilitate the seamless rollout of 5G in Manipur. He sought the cooperation of everyone to make Manipur the first State to have 100 per cent 4G services in the Country.

He further stated that the Government of Manipur under the supervision of the Chief Minister would make efforts to make Imphal one of the fastest 5G rollout cities.

He continued that the intent is to use 5G service for high-end activities like telemedicine and tele-education among others. It is time to ensure that all blocks and sub-divisions have 5G services by December 2023, he added.