A case of murder causing the disappearance of proof of evidence has been registered against the accused. 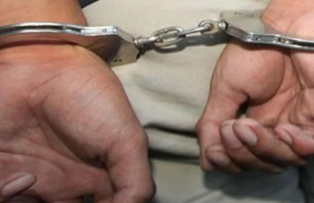 Gangtok: A youth was arrested on Tuesday for allegedly killing his 82-year-old maternal grandmother by slitting her throat in Rangpo of East Sikkim district, police said.

The 27-year-old accused Nabin Baraily, son of a businessman, is a drug addict and resigned from his job as driver earlier in the day after being asked not to smoke on the premises of the company. According to the police complaint, he rushed to the victim’s house at Majhi Gaon housing colony and demanded money from her. On being refused, he allegedly murdered the octogenarian Suk Maya Bishwakarma.

Hearing the screams of the victim, the neighbours gathered in the house and rushed the victim to the nearby Primary Health Centre, where she was declared brought dead.

The police went to the spot and arrested Baraily from the river bank. A number of items including a blood-stained surgical blade and a mobile phone were seized by the police from him.

A case of murder causing the disappearance of proof of evidence has been registered against the accused.

Suk Maya Bishwakarma’s body has been brought to the Government Hospital here for postmortem.