"Now we have a message from America.... I mean some foreign country. The kind of message we have received is not against the Prime Minister but it is against a nation" 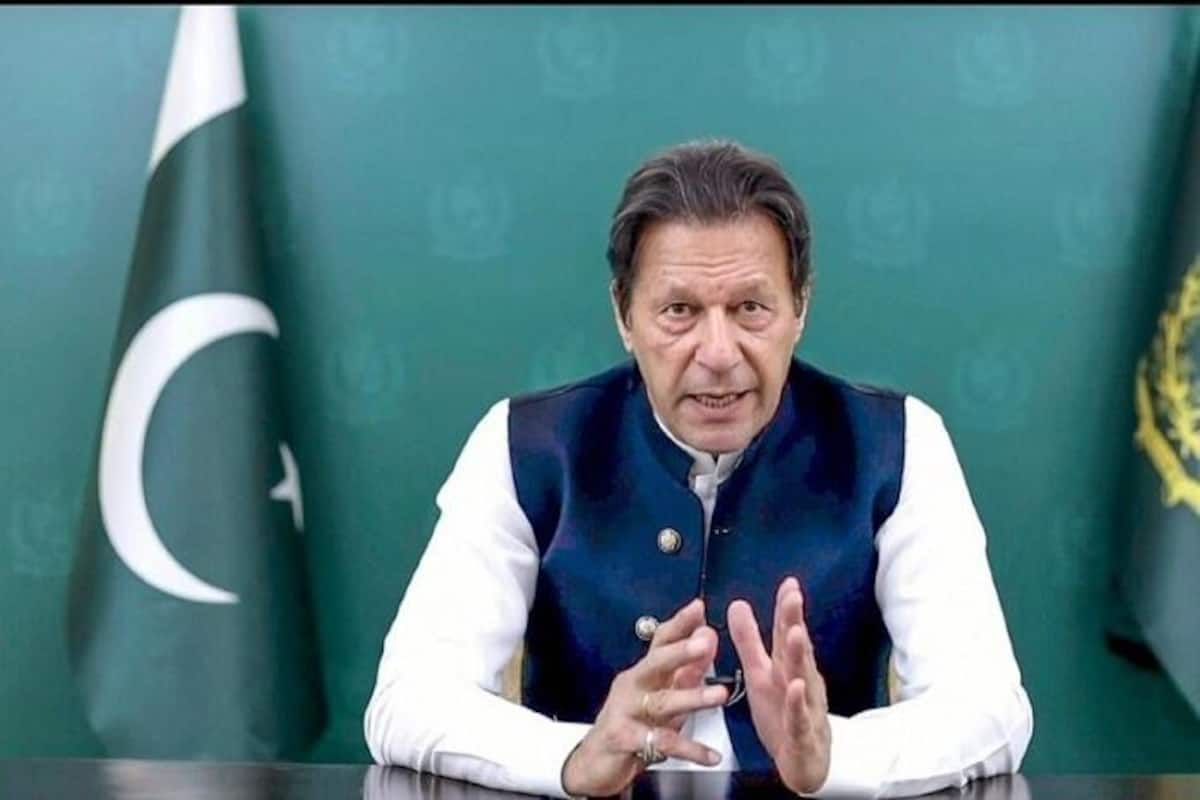 New Delhi: Amid severe political turmoil in the country ahead of no confidence vote, Pakistan Prime Minister Imran Khan on Thursday categorically refused to step down and alleged a foreign conspiracy working to oust his elected government.

Addressing the nation after almost over an-hour delay from its scheduled time and after strong scenes witnessed at the National Assembly where slogans of “Go Imran Go” were raised, Khan said, “People told me to resign. I want to tell, in cricket, I fought till the last ball. Whatever may be the outcome, I will emerge even more powerful.”

Terming his political opponents as “traitors”, Imran, who also addressed a meeting of the national security body, ahead of the address to the nation said the “coming generations will never forgive them (his opponents)” for “what’s going to happen on Sunday in National Assembly”.

He said Pakistan is at the cusp of a change and what direction it will choose will decide its fate. He asked people to “keep in mind the face of each and every traitor, on coming Sunday”. “I know how to fight. I will never allow this conspiracy to succeed,” added Imran.

“Three stooges sitting here are working for foreign powers, they want me to be ousted and want a certain person to replace me,” he said.

The Pakistan Prime Minister said that he always worked for a strong independent foreign policy where the people of Pakistan come first. “Now we have a message from America…. I mean some foreign country. The kind of message we have received is not against the Prime Minister but it is against a nation. They say we will forgive Pakistan if Imran Khan is removed, but if it fails, Pakistan will have to suffer. And it is on record,” he said.

“It was said if Imran Khan remains the PM, our relationship will deteriorate and you will have to suffer. No reason was stated. They are asking Imran why have you gone to Russia, as if we are their slaves,” he added in an apparent reference to objections raised by the US after his Russia visit.

Talking at length about the conspiracy by foreign intelligence to topple his government, Imran Khan mentioned how the foreign agencies used Pakistani politicians.

“Their intelligence knows the entire background of all our politicians. They know how much of their moneys are stashed in foreign banks,” he said. Imran Khan said that no Pakistani was involved in 9/11 terror attack on the United States and yet the country payed heavily.

“Islamophobia brought us down to our knees. When I was in school, countries from Far East — Korea and the SouthEast Asia would come to see how a nation is built, when Pakistan was at its height after being born, but today we have destroyed that glory, by becoming stooges,” he said.

“The kind of sacrifices that the Pakistanis have made for the US, none has made, not even its own NATO allies. Did someone give credit to Pakistan for these sacrifices ? Pakistan had to deal with drone attacks all his while. I was even named Taliban Khan,” said the Pakistan Prime Minister adding he is giving a background to let the people know what are his policies.

“None of our politicians spoke a word on drone attacks on Pakistan during the war on terror. Everybody was so scared of the US. Our (previous) governments were part of the atrocities on Pakistan. Pakistan had to deal with a lot of opprobrium during this ‘war on terror’,” he said.

He said the US came down on the country as “judge, jury and executioner” as none in power at that time had the spine to retort. He named former Afghan President Hamid Karzai, who slammed the US for similar action on his country. However, none in Islamabad raised a voice against the US.

He blamed former President Parvez Musharraf and former Prime Minister Nawaz Sharif for bringing the downfall of Pakistan. Imran Khan repeatedly said that it is his policy to have an independent foreign policy that has caused the recent political upheaval/ turmoil against his government in Pakistan.

“On day one, I announced to keep our foreign policy independent,” he claimed. Beginning his address, Imran said that when he joined politics he kept three main issues in the manifesto — Insaf (justice), Insaniyat (humanity) and khuddari (self respect).