Winter storm takes 23 lives across US 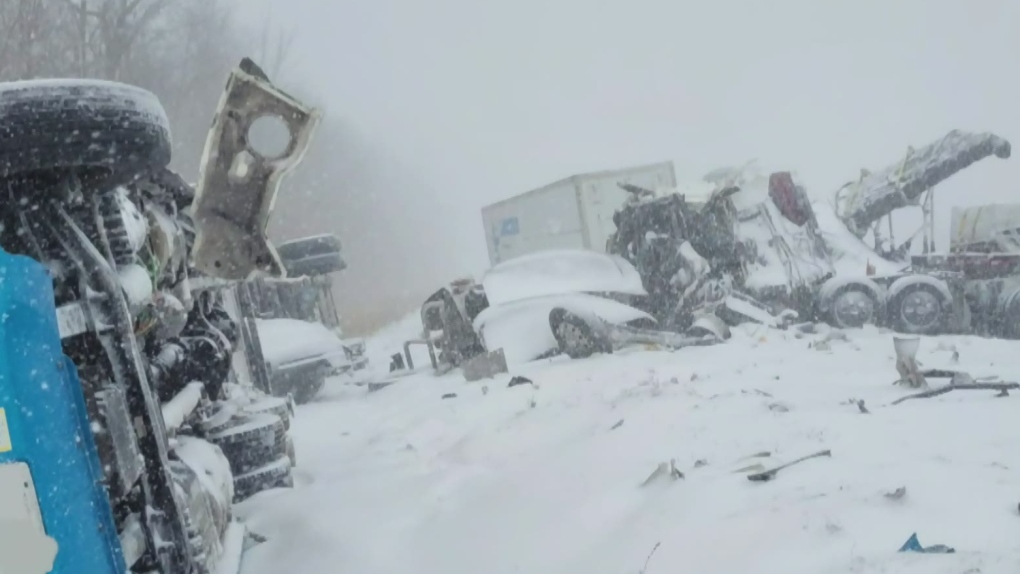 Washington:A major winter storm has taken at least 23 lives across the United States as of Saturday evening, according to media reports.

Among them were four fatalities caused by a 46-vehicle pileup on the Ohio Turnpike near Sandusky, Ohio, on Friday afternoon.

Ohio Governor Mike DeWine tweeted Saturday that state troops “have responded to terrible crashes on our roadways this weekend.”

“If you have to be out, drive slowly, buckle up, and keep a safe stopping distance,” DeWine warned. “We want you to get to your destination safely.”

US weather forecasters said on Saturday that the winter storm continues to impact the Great Lakes with gusty winds, frigid temperatures and heavy snow, even with its center now well to the north over eastern Canada.

A “historic” blizzard has caused “impossible travel conditions in the Buffalo area of the state of New York and beyond, according to Governor Kathy Hochul’s office.

The North County, Finger Lakes, and Central New York regions all experienced peak wind gusts of more than 60 miles (96 km) per hour during the event.

The lights are still out for hundreds of thousands of homes and businesses in the United States as Christmas Eve falls.

More than 3,300 flights within, into, or out of the United States have been canceled on Saturday, with around 7,500 delayed, according to a flight tracking website.