‘Will not stop efforts for peace on Korean Peninsula’

He said if two Koreas resume dialogue and cooperation, the international community will positively respond to it. 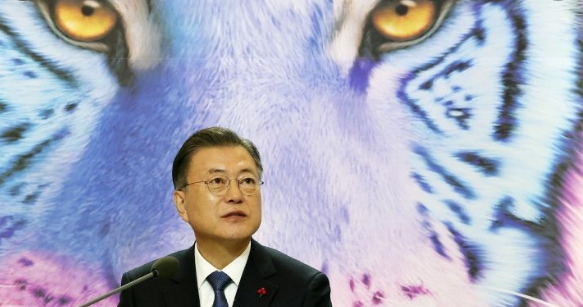 Seoul: South Korean President Moon Jae-in said his administration will not stop efforts to institutionalise sustainable peace on the Korean Peninsula until his five-year term ends in May.

Moon made the remark in his final New Year’s speech on Monday, saying South Korea still has a long way to go for relations with the Democratic People’s Republic of Korea (DPRK).

He said if two Koreas resume dialogue and cooperation, the international community will positively respond to it.

The President noted that his government will seek normalised inter-Korean relations and an irreversible path to peace until the end, hoping that the next government would continue efforts for dialogue with the DPRK.

The country’s presidential election is scheduled for March 9.

The Moon government has sought to declare a formal end to the 1950-53 Korean War, which ended with an armistice, but it had yet to reach a tangible conclusion.

Denuclearisation talks between the DPRK and the United States have been stalled since the second summit between top DPRK leader Kim Jong Un and former US President Donald Trump ended without an agreement in February 2019 in the Vietnamese capital of Hanoi.